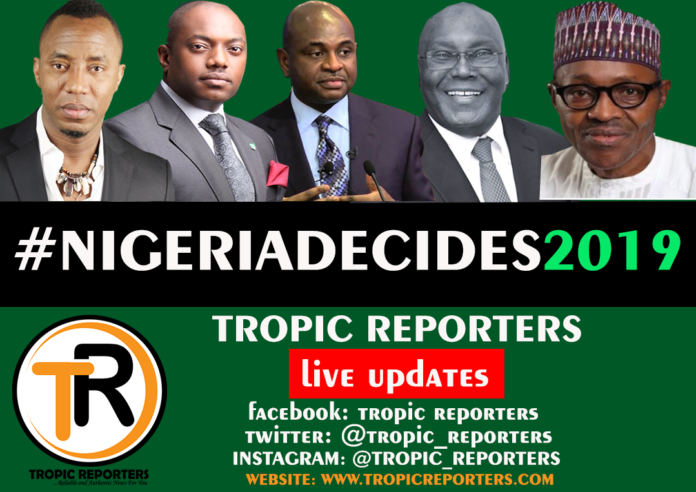 He was reacting to allegations by the electorate at Unit 12, ward 2, Ididep in Ibiono Ibom Local Government Area of the state where he hails from.

Chief Anthony Bassey, the Village Elect of Ididep and his people protested over their inability to vote, claiming that Enang hijacked their ballot boxes and took them to his house.

Bassey alleged that the All Progressives Congress (APC) had disenfranchised the Peoples Democratic Party (PDP) electorate in Unit 12, ward 2 in Ididep.

He alleged that Enang brought thugs to beat them when they were trying to protest the situation.

“Look at my subjects, we all have our PVCs as you can see but we did not vote. We reported to INEC and the police but nothing has been done.

“See our PVCs, and our fingers. Election is over and Enang is responaible,’’ the village head said.

Enang confirmed that there was snatching of ballot boxes and violence but, however, explained that he never hijacked the election process as he was not even at the polling units.

“I cannot hijack ballot boxes, I wasn’t even there when the materials arrived the polling units,’’ Enang said.

He decried the absence of security personnel in the polling units in Ibiono Ibom LGA, saying that there was so much violence in the area.

Enang said that there were sporadic gun shots by unknown gunmen and hijacking of ballot boxes by supporters of the opposition party in the state.

Reacting to the allegation, the Peoples Democratic Party (PDP) Spokesman in the state, Mr Emem Iniobong said Enang had precedence for ballot box snatching as well as diverting voting to his house at Ididep.

He also alleged that Enang relocated the polling units in the community to his house.

Iniobong also accused Enang of being responsible for the shootings.