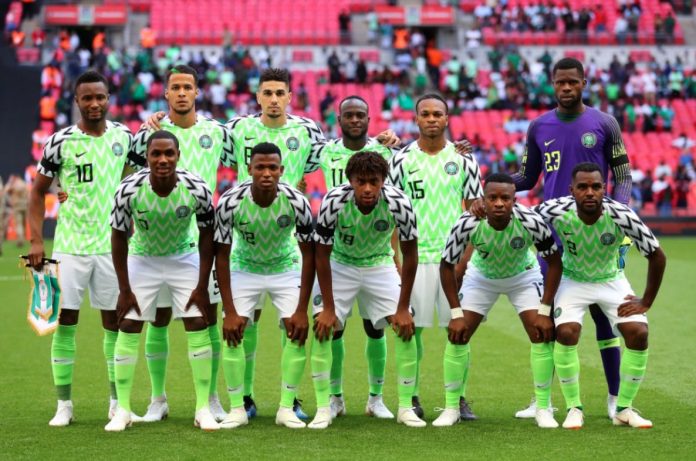 Nigeria’s final warm-up match before the 2019 Africa Cup of Nations, will be against Senegal on Sunday evening.

The Super Eagles played out a 0-0 draw with Zimbabwe last weekend with an experimental, but head coach Gernot Rohr is expected to try out his possible line-up for the first game against the Teranga Lions.

The match will be played in Ismaila and both coaches have agreed for it to be behind closed doors.

This means it will not be aired on television for fans.

The last time both Nigeria and Senegal clashed at senior level, was on March 23, 2017 at the Hive in London.

Kelechi Iheanacho equalized from the spot, after Moussa Sow had put Senegal ahead – both goals coming in the second half.

The Super Eagles are on an eight-match unbeaten run since their elimination from the 2018 FIFA World Cup finals in Russia.