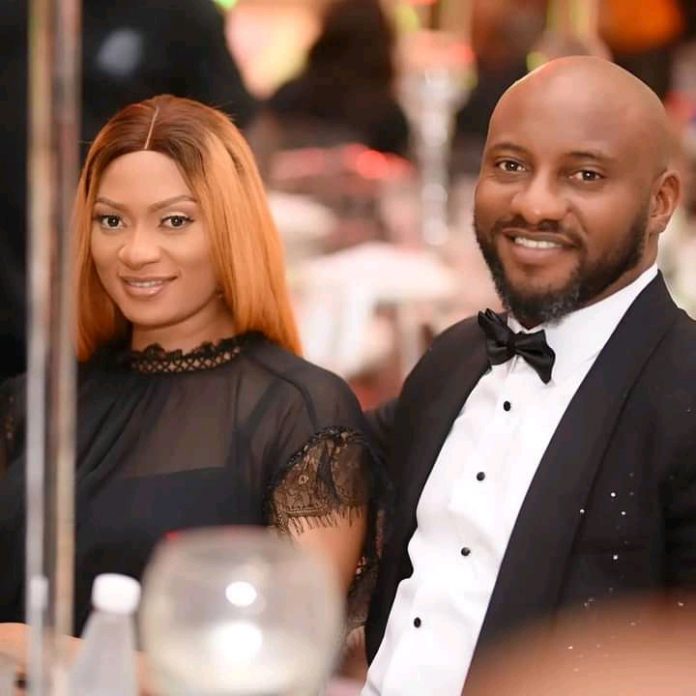 Yul Edochie caused a stir on social media when he announced his second marriage to fellow actor, Judy Austin, on Wednesday.

In his announcement, Yul also revealed that he has welcomed a son with Judy.

Yul’s first wife of 17 years, May, reacted to the news of her husband’s second marriage in the comment section of his post.

She said, “May God judge you both.”