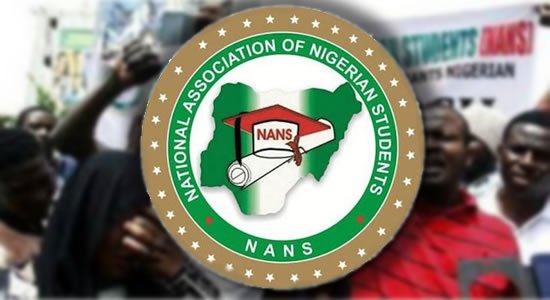 The National Association of Nigerian Students (NANS), Oyo State axis, on Friday issued a 48-hour ultimatum to the management of the University of Ibadan, to reinstate the suspended President of the Students’ Union Government, (SUG) of the institution, Ojo Aderemi, and four others.

The ultimatum was contained in a statement signed by Asubiojo Olujuwon, NANS JCC Chairman in the state.

But, Asibiojo in the statement said, “NANS, Oyo state issues a forty-eight (48) hour ultimatum with immediate effect to Professor Abel Idowu Olayinka led University of Ibadan management to reinstate the Students’ Union president of the institution, Ojo Aderemi, and four others, also reverse the ban on the commercial use of bikes in the school.

“Prior to this ultimatum, we have humbly approached the university leadership, requesting for the reinstatement of UI Students’ Union and the suspended student leaders, we also requested for the immediate reversal of the ban on commercial use of bikes in the university.

“We have honourably sought for solutions. We have written the Vice Chancellor, made media appeals, made press statements calling his attention to these demands, because we sanely concluded that these are injustice and an assault to students legitimate rights and entitlements.

“We hope the university management will respect this, otherwise, University of Ibadan should expect what the strength of Nigerian students is, NANS, Oyo state uses this opportunity to inform UItes and Nigerian students in general to get ready for mass action.”

The statement reads further that “NANS, Oyo state believes we have served enough diplomacy in this matter and we are so much resolute in ensuring our demands are met.

“These demands are at the interest, wish and rights of UItes, they are not negotiable, we have equally reviewed the language of the Vice Chancellor and UI management. They have shown us, UItes and the general public unreadiness to meet the demands.”