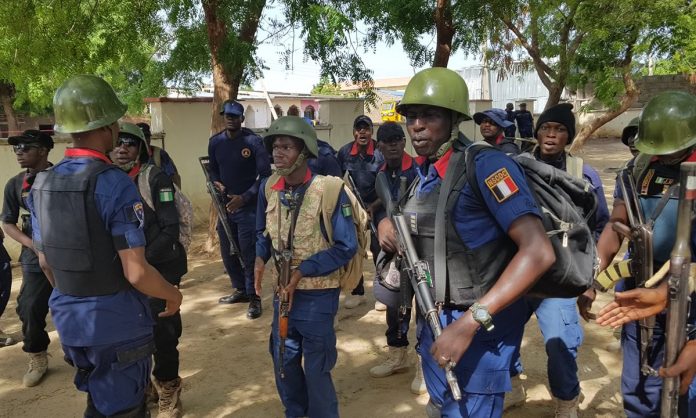 Following the directive of Commandant General, Nigerian Security and Cilvil Defence Corps (NSCDC), Mohammed Gana, over 1900 personnel of the corps have been mobilised for Psychological Assessment test slated to hold in Kaduna from Monday July 8, 2019.

The exercise, which is in compliance with the directive given in April by the NSCDC Commandant General, Abdullahi Gana Muhammadu, is scheduled to hold in three centres across Kaduna State.

According to the State Commandant, Modu Bunu, personnel in Area ‘A’ with State Headquarters would converge at Prisons Staff College, Kaduna, while Area ‘B’ Headquarters would serve as venue for those posted in Zaria and environs.

Other remaining personnel from Area ‘C’ are expected to undergo their psychological screening at the Kafanchan Area ‘C’ Command office.

The psychological screening is expected to be conducted by a team of experts from the Behavioural Forensic Unit of the corps headed by a Forensic and Psychologist, DSC Tersoo Shaapera.

The State Public Relations Officer, ASC Orndiir Terzungwe in a statement obtained by our correspondent, said the test was aimed at ascertaining emotional and psychological profiles of personnel.

“It will also identify bahavioural tendencies and competencies for professional success, understand individual personnel’s symptoms in the context of overall functioning and identifying areas of psycho-social needs for appropriate intervention programme.

“Other objectives include undertake formulation of the overall picture of the presenting problem, determine appropriate interventions to promote the well-being of the individual personnel and system as well as build capacity of officers and men in studying and interpreting human behaviours as the panacea for professional success,” the statement indicated.

Commenting in a sensitization manual released by Head of Behavioural Forensic Unit/leader of the team, DSC Shaapera explained that the goal of the exercise “is to establish Forensic Psychological Database for the corps.

“As a paramilitary establishment, this is the first time such a screening would be carried out in the corps and it would be performed periodically on the personnel to ascertain their psychological status.”