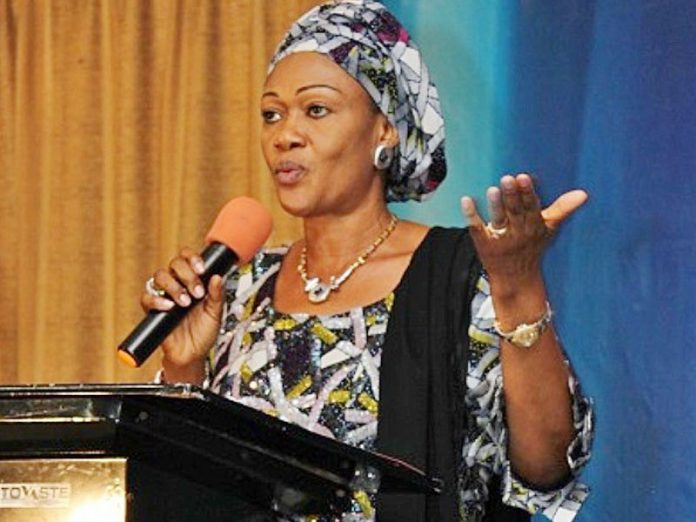 The lawmaker representing Lagos Central senatorial district at the National Assembly, Senator Oluremi Tinubu, has urged President Muhammadu Buhari to show magnanimity by appointing many women into his new cabinet.

She lamented that the National Assembly was gradually turning into an “exclusive gentlemen’s club”.

Tinubu linked the apathy amongst women in running for elective political positions to a number of reasons.

She stated this yesterday in Abuja at an event that also had the presence of the First Lady, Aisha Buhari.

She said, “We are still watching and hoping that maybe, the President will be magnanimous enough to appoint a lot of female ministers but they should be ministers who will not disappoint us and do the work; not to go there and embezzle money.

“You know the last experience was not actually pleasant, it should be women who are ready to serve and make the necessary sacrifice.

“Do we need women in the public place? Yes, that is why I am here to encourage the younger generation to reach for the sky.

“I don’t think they are being good sportsmen; they are quite vicious when it comes to positions; everybody is striving and I think we women have to start raising boys that are gender-friendly. We raised all these selfish men and this is what we pay for that.

“The coming generation should begin to raise men that would not feel threatened by a woman who is in a top position, so we still have a lot to do but the current men that are here are very vicious when it comes to seeking for top positions.

“Not that they don’t allow women, it is just that everyone is striving so hard and you can see that the violence in politics is keeping women back, there are a lot of things keeping women back but the point is that the men are not just gender-friendly.

Kashamu To Bayo Dayo: You’re A Greedy Politician Without Conscience