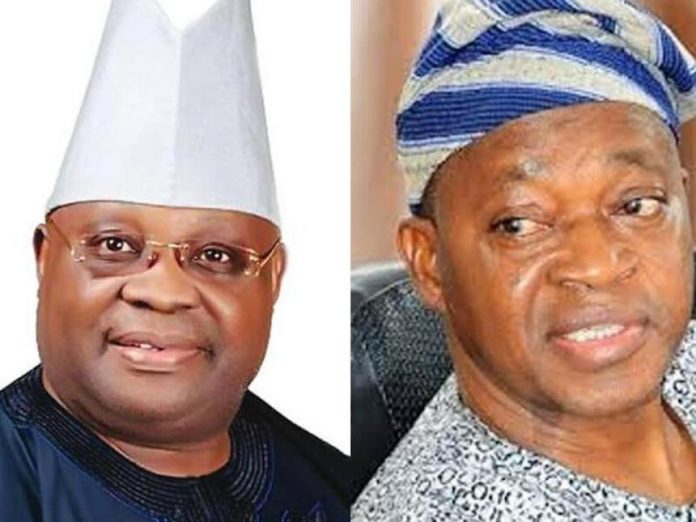 The Supreme Court has fixed judgment for July 5, 2019 in the appeals filed by Senator Ademola Adeleke of the Peoples Democratic Party (PDP) with respect to the disputed last governorship election in Osun State.

A seven-man panel of the court, led by the Acting Chief Justice of Nigeria (CJN), Justice Ibrahim Muhammad, chose the date after taking final arguments regarding the main appeal, marked: SC/553/2019 filed by Adeleke.

Adeleke, who filed four appeals, is challenging the May 9, 2019 judgment of the Court of Appeal, Abuja, which affirmed the election of Adegboyega Oyetola of the All Progressives Congress (APC) as the governor of Osun State.

The Court of Appeal also set aside the majority judgment of the election tribunal which had allowed Adeleke’s petition and declared him winner of the election.

On Monday, by agreement of lawyers in the appeals, the court took submissions from Onyechi Ikpeazu (SAN) for the appellants and Wole Olanipekun (SAN) for the 1st respondent (Oyetola) in respect of appeal marked: SC/553/2019.

The court said its judgment in the main appeal – SC/553/2019 – will be applied to two other similar one, filed by Adeleke against the Court of Appeal’s decision in relation to the appeals filed by the Independent National Electoral Commission (INEC) and the APC.

The court, which stood down proceedings for a while, is expected to resume soon to take the last fourth appeal by Adeleke, marked: SC/556/2019.