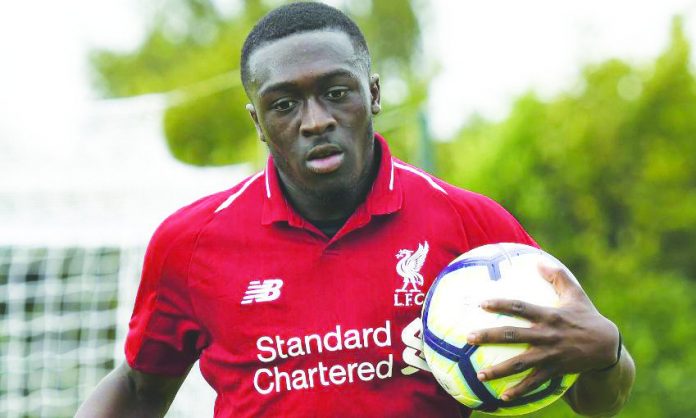 Liverpool winger, Bobby Adekanye, is set to be unveiled as a Lazio player after winning the Champions League over the weekend.

The 20-year-old Nigerian-born forward rejected a new three-year deal from Liverpool and will leave the Reds as a free agent this summer.

Adekanye opted not to renew his contract with the Premier League giants after he was left out of Jurgen Klopp’s first team pre-season tour of the United States and lack of more playing time at Anfield.

The former Barcelona and Ajax Amsterdam youngster is expected to sign a four-year contract with Lazio once the transfer window becomes official in a few days’ time.

”Bobby is going to Lazio, the deal is 85-90 percent completed. There are a few things to be ironed out before the transfer becomes official,” a top source close to Adekanye told Allnigeriasoccer.

”He has one leg in Lazio and will sign a four-year contract.

”He is happy with Liverpool but the coach did not give him a chance the way he was giving chances to other players.”

Meanwhile, speaking on why he rejected a new three-year deal with Liverpool, Adekanye told Voetbalzone in March: ”But that didn’t happen in the end. That is disappointing and it has contributed to the fact that I do not want to renew my contract.

”If they promise such things and it doesn’t happen, I don’t know what will happen if I sign for three years.

”That confidence is no longer there, even though I still greatly respect the club.”

Adekanye added: ”They don’t just extend for three years, so maybe there was a schedule behind it. But I no longer have faith in that.

”In terms of money, things are fine, but you have nothing if there is no perspective behind it. Money will come later, I now need playing