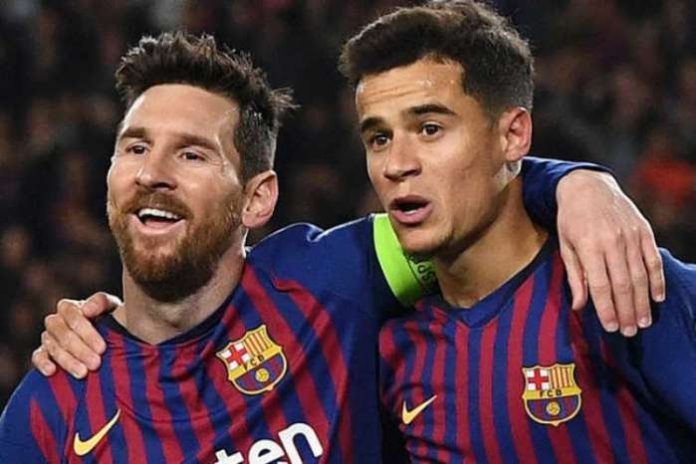 Lionel Messi has criticised Barcelona fans for the “ugly” jeers of Philippe Coutinho during their win over Liverpool on Wednesday.

Coutinho was substituted in the second half of the game at the Nou Camp, a move that was greeted with glee by many of the Barca fans in attendance.

The former Liverpool midfielder has endured a difficult time since moving to Spain in January 2018, but Messi said: “We’re at the defining stage of the season and we have to be more united than ever.

“I said that at the start of the season, it’s not the time to criticise anyone. We have to support each other and stick together for the rest of the season.

“It is ugly to treat a player like that when they are taken off.”

Messi scored twice on Wednesday – the second of which was his 600th goal for Barcelona – to consign Liverpool to a 3-0 defeat in the first leg of their Champions League semi-final.

Liverpool were perhaps unfortunate to lose so heavily, having had more possession and more shots than Barcelona, and Messi knows the tie is not over with a trip to Anfield still to come.

He said: “We’re not used to not having the ball and we struggled a little. But that’s how the game went and we had to find a way through in whatever way necessary.

“They didn’t manage to score and that’s important. We were better in the first half and they pressed well in the second, but they didn’t have too many chances.

“Of course, they wanted to get a goal, an away goal is huge. We have a good advantage but we know it’s not over. Anfield’s a really tough place to go.”