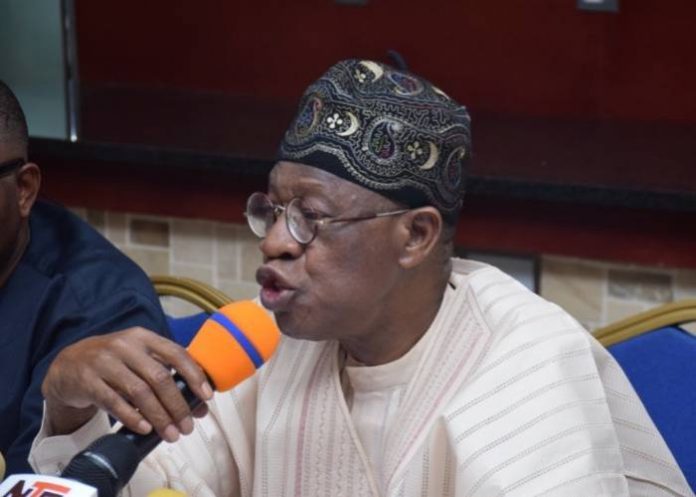 The Minister of Information and Culture, Lai Mohammed, on Monday said that February 23 will be declared as Kwara Liberation Day immediately the new government comes to power in the state.

Mohammed disclosed this in Ilorin on Monday while addressing a Press Conference with stakeholders of the party in the state.

It is a clean sweep for our party, the All Progressives Congress. All three seats in the Senate and all six in the House of Representatives were won by our party.

“With the outcome of last Saturday’s elections, I can now conveniently say that Kwara is Free! Free from a choking and pauperising political hegemony of a self-imposed dynasty!

“Never again will Kwarans be treated like slaves in their own land. Enough is Enough. O To Ge!” he emphasised.

The minister continued, “I want to ask the incoming governor of our state to, immediately he is sworn in on 29 May, 2019, declare February 23rd of every year as the Day of Liberation for Kwara State.”

Alhaji Mohammed noted that the victory of APC in the election should go to the people of the state who resoundly said no to the PDP last Saturday .

He recalled that the freedom of the state started on November 17,2018 When APC won the by-election for the Ekiti/Irepodun/Isin/Oke-Ero federal constituency adding, “it was the beginning of the crumbling of the Berlin Wall of Kwara Politics.

“Today, the Berlin Wall of Kwara Politics has fallen. The chain has been broken. The good people of Kwara have ensured that,” he said.

The minister noted, “The victory in Kwara was achieved in the sweetest way. The election was conducted in an atmosphere of peace and security.

“Not a single shot was fired throughout Kwara. No one snatched ballot box. It was an atmosphere of conviviality. It was a sharp departure from what used to be in the state.

“It confirms what we have been saying, that when there is adequate security, there will be a level playing ground for all the parties, and for all Kwarans.”

He commended the security agencies for their hard work, dedication to duty and professionalism.

He also thanked all the members and supporters of APC across the state, as well as all the leaders of the party at all levels and urged them to work for the victory of the party in the governorship election coming up on Saturday, March 9, 2019.

“The job is not completed yet. The big one is coming on March 9th, the date for the governorship and state House of Assembly elections.

“Please, rally everyone around you to come out en masse for that election. Let us make it another free, fair, credible and peaceful election,” the minister pleaded.

INEC: Why we will not engage PDP on petitions before tribunal