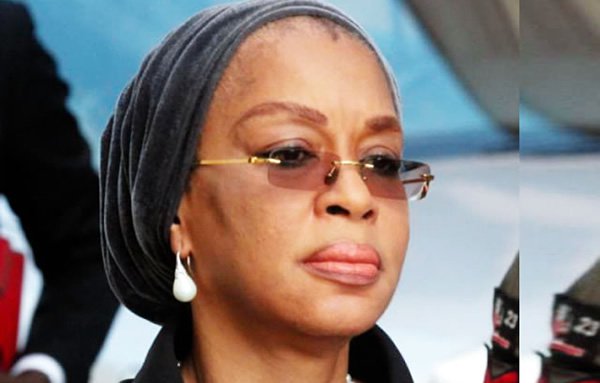 A Federal High Court sitting in Lagos was on Friday informed that embattled Justice Rita Ofili-Ajumogobia who is facing money laundering charges is currently on admission in a hospital.

It had been reported that the Economic and Financial Crimes Commission (EFCC) had charged Ofili-Ajumogobia and a Senior Advocate of Nigeria, Godwin Obla, on 18 counts bordering on Conspiracy, Unlawful Enrichment, Retention of Crime Proceeds and Money Laundering.

NAN reports that the defendants are standing trial before Justice Rilwan Aikawa.

They were re-arraigned on May 15, and had both pleaded not guilty to all counts of the charge.

The court had granted them bail in the sum of N10million each, with two sureties in like sum.

When the case was called on Thursday, Chief Robert Clarke, SAN, announced appearance for the first defendant, while Chief Ferdinand Orbih, SAN, appeared for the second defendant.

Clarke then informed the court of a preliminary objection challenging the court’s jurisdiction to entertain the charge against Ajumogobia.

Counsel argued that the first defendant had not been dismissed as a judge of the Federal High Court since there were no gazettes evidencing her said dismissal.