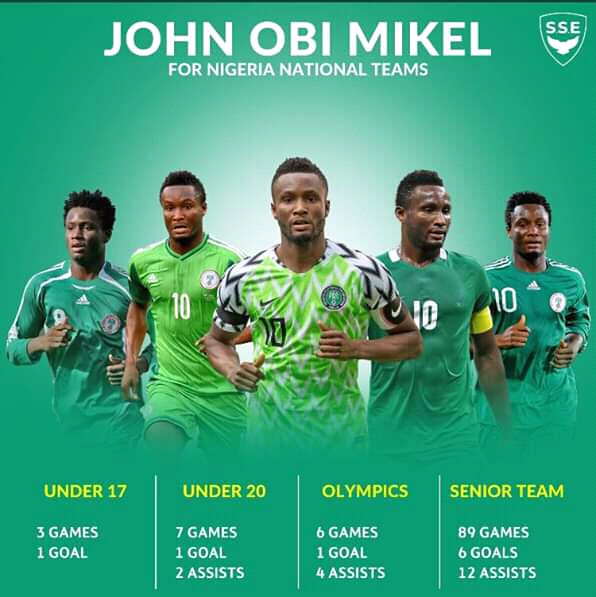 John Obi Mikel finally hangs his International boots after AFCON 2019 tourney – The 32-YEAR-OLD old featured just twice for the Super Eagles in the competition due to injury – Mikel recently sealed a new deal with Turkish side Trabzonspor and will unite with Onazi and Nwakaeme Super Eagles captain John Obi Mikel has announced his retirement from national team football after helping Nigeria win bronze medal at the Egypt 2019 African Cup of Nations.

The 32-year-old took to his social media Page to confirm the news saying he ended his Senior career exactly where he started in 2006. 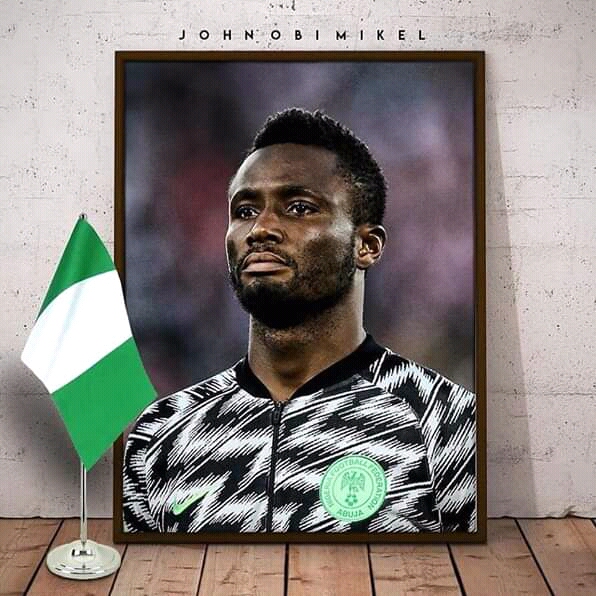 Having excelled at the 2005 FIFA U20 World Cup in Netherlands, Mikel was included in the Super Eagles squad for the 2006 AFCON championship and scored his maiden goal at the tournament.

In 2013, the former Chelsea midfielder was part of late Stephen Keshi team that won the championship in South Africa. “Egypt is a country where I’ve started and have finished my National career.

In 2006 I played my first official Championship for my Country. 2019 African Cup of Nations marks my last championship for National Team with Super Eagles. Mikel said on Instagram. “My national career started in 2003 under 17 World Cup and I’m grateful for the national team for placing me on the world arena and giving me an opportunity to show my skill and have an incredible National and International career.

“At the age of 32 it’s time for me to retire from the National team and let the youth take over, who’ve done an amazing job securing a bronze medal at AFCON 2019.” he concluded.

During his 14 year reign at the senior National team level, Mikel scored six goals in over 85 matches.

Mikel played in two Fifa World Cup tournaments and four Africa Cup of Nations, where he won the title in 2013 and a bronze medal in 2019. Meanwhile, despite featuring in less games at this year’s AFCON, Mikel secured a deal with Turkish Super Lig side Trabzonspor, where he will compatriots Ogenyi Onazi and Anthony Nwakaeme.

The 32-year-old was an unused substitute in Nigeria’s 1-0 win over Tunisia as they claimed bronze medal at the ongoing Africa Cup of Nations championship in Egypt. Mikel only made two appearances at the 32nd edition of the championship owing to the injury he suffered at the group stage.