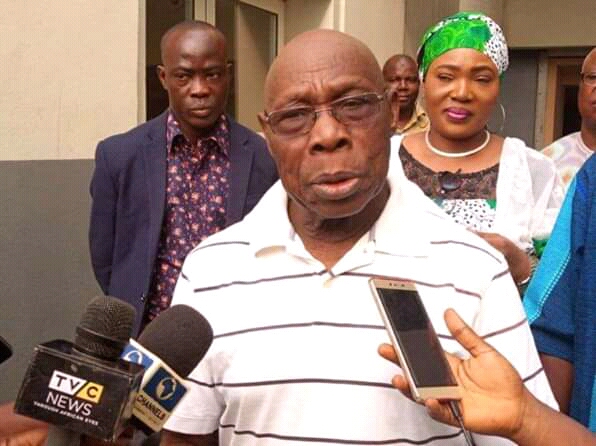 Former President, Chief Olusegun Obasanjo has advocated for a national programme and strategy to actualise the welfare and well-being of the people.

Obasanjo observed that though there has been no consensus on issues of mobilisation for national unity, stability, security, cooperation, development, growth and progress, such programme, could as well provide solution to the growing insecurity and under development of the country.

“Like in the issue of security, government should open up discussion, debate and dialogue as part of consultation at different levels and the outcome of such deliberations should be collated to form inputs into a national conference to come up with the solution that will effectively deal with the issues and lead to rapid development, growth and progress which will give us a wholesome society and enhanced living standard and livelihood in an inclusive and shared society.”

The former President also again, cautioned the Federal Government against what he described as “excessive” borrowing, declaring that, “he who goes a borrowing goes a sorrowing.”

He further frowned at a situation where almost 40% of the country’s population remains uneducated “to the point of criminality” as he called for adjustment.

Obasanjo made these disclosures in a paper entitled “Mobilizing Nigeria’s Human and Natural Resources for National Development and Stability” delivered at the 2019 Synod of the Church of Nigeria (Anglican Communion) Oleh Isoko Delta state on Saturday.

In a release by his Media Aide, Kehinde Akinyemi, Obasanjo lamented that 13 years after the nation’s debt “was resolved under my administration, today we are mired again in debt with the excuse that our debt to GDP is comfortable.

“Neither a lender or a borrower be” was the lesson I learned in school. “He who goes a borrowing goes a sorrowing” was another one,” he counseled.

On the National programme, Obasanjo explained that, “It will be a national programme. We need unity of purpose and nationally accepted strategic roadmap that will not change with whims and caprices of any government.

“It must be owned by the citizens, people’s policy and strategy implemented by the government no matter its colour and leaning.”

At the Synod, which drew large presence of Anglican faithful, traditional rulers, past and present poly office holders, including the Delta state deputy governor among others, Obasanjo warned on election fraud, which according to him ” undermines legitimacy and it is a killer of democracy.

“To destroy democracy is to destroy hope for most Nigerians and the consequence will be grave. And we must all appreciate that democracy that fails to deliver dividends to the citizenry in terms of security, safety, freedoms and general enhancement of livelihood will lead to frustration and desperation and all other dangers that can follow.”

The Bishop of the Oleh Diocese, Rev. John U. Aruakpor thanked the keynote speaker “for the incisive and breath taking address, which I observed was close to two hours. We cannot continue to thank you for speaking for us. And the House of God shall continue to pray for you.”

JUST IN: ONE PROTESTER KILLED AS ENDSARS PROTEST ROCKS SAGAMU