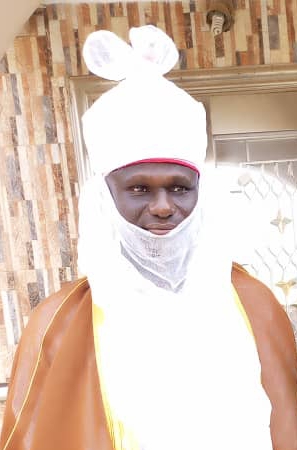 The Ogun state government has appealed to the stranded intending Pilgrims to Saudi Arabia for this year’s Hajj rites from the state to take heart following their denial of Visa .

It was gathered that no fewer than 103 intending Pilgrims could not be airlifted weeks after the first batch had arrived Madinah for the Hajj Rites.

No fewer than 400 Intending Pilgrims comprising 169 males and 231 females from the State had arrived in Medinah in the Kingdom of Saudi Arabia, to perform 2022 Hajj exercise.

The pilgrims had left Nigeria through the Muritala International Airport on June 17, 2022 at 3:17am with Flynas Airline Airbus A330-900.

Speaking with newsmen, Consultant to the state governor on Islamic Affairs,
Sheikh Iskil Lawal Sugar, the Wakilu Musliimeen of Yorubaland ,Edo and Delta States said he was part of the affected intending Pilgrims.

The consultant also disclosed that the Ameerul Hajj, Prof. Kamaldeen Balogun and Chairman of the Pilgrims Welfare Board, Imam Kehinde Hussein among others were stranded and might not be airlifted to the kingdom.

While describing the situastion as a national issue, Sheikh Lawal said some states include Lagos, Oyo and Kano were also affected.

He said the state government should not be blamed for the development, saying, the government of Saudi Arabia gave a very small slots to the country.

He said ” Those that are stranded are 103. Among them are 27 that paid for Hajj while others are officials and government sponsored .

“Ogun state is not at fault for what happened . It happened throughout the nation . It affected Kano, Lagos, Oyo States.

“The slots given to Ogun is too small due to Covid-19, they are still managing it (Covid) .

“We plead with the stranded muslims to accept that only those who got Allah’s call were the ones that are at the Hajj.

“I want to plead that they should be Muslims and know that call to Hajj is from Allah and only those that Allah calls, will get there .

“On behalf of the state government, I am.pleading with all of them including myself, board members, Ameerul Hajj and the board Chairman, all of us are still at home. It is destined by Allah, that is why we could not go.

“By Allah’s grace , the state government has promised that they would be the first persons to go with the first batch .

4 passengers killed, several injured in an accident on 3rd mainland...