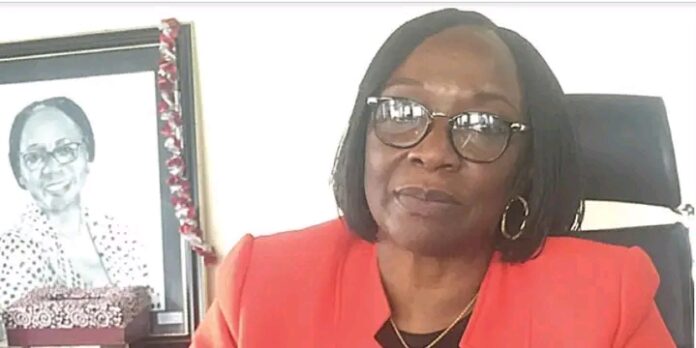 Folasade Tolulope Ogunsola (nee Mabogunje), a Nigerian Professor of medical microbiology has emerged as the first female Vice Chancellor of the University of Lagos.

She specializes in disease control, particularly HIV/AIDS. Ogunsola was provost of College of Medicine, University of Lagos and is reputed as being the first woman to occupy the position. She was also the Deputy Vice Chancellor (Development Services) of the institution between 2017 and 2021. She was elected as the acting Vice Chancellor of the University of Lagos on 24 August 2020, by the University’s Senate.

Ogunsola was raised in the University of Ibadan where her father, Akin Mabogunje lectured. As a child, she mimicked medical practitioners by using dolls as patients, while offering medical care to them. She attended Queen’s College, Lagos.

Prior to being the deputy vice chancellor, she was the provost of College of Medicine, University of Lagos. Her research areas have been centered on the regulation and management of viral diseases, particularly HIV. She is the principal investigator at AIDS Prevention Initiative in Nigeria (APIN) at University of Lagos. She has also been the chairman of Infection Control Committee of Lagos University Teaching Hospital.