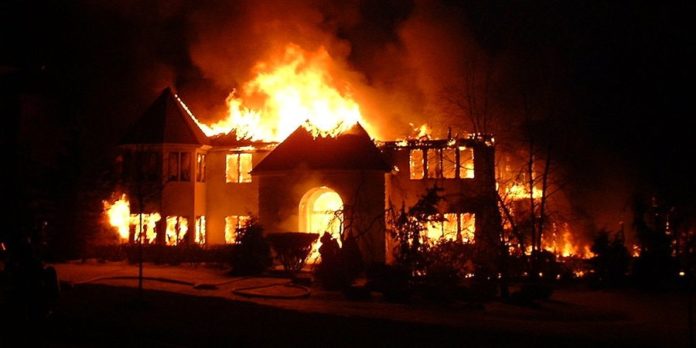 Grains worth over N1 million were on Saturday evening destroyed by fire which gutted six silos at the Rugar Gagare-Musaiwa in Karanka Ward, Birniwa Local Government Area of Jigawa.

The Council’s Spokesman, Alhaji Abdullahi Yakubu, made the disclosure to the to Our correspondent in Birniwa.

Yakubu said that the silos, which contained millet, guinea corn and sesame, went up in flames at 5.00p.m. on Saturday.

According to him, the cause of the fire was yet to be ascertained.

“It is still not clear what caused this fire; but all I can tell you is that it started from one silo and later spread to others.

“The grains destroyed in the silos were meant for household consumption,” Yakubu said.

He said that Alhaji Garba Kabewa, Councillor representing Karanka Ward, had visited the area and sympathized with the victims of the incidence over their losses.

The spokesman said that the council was assessing the level of damage with a view to supporting the victims.

Yakubu, however, called on the State Emergency Management Agency (SEMA), and other relevant agencies to assist the victims by alleviating their sufferings.

Commenting on the incident, the Head of Musaiwa Village, Alhaji Garba Mohammad, expressed shock over the disaster, advising residents to avoid acts capable of igniting fire.