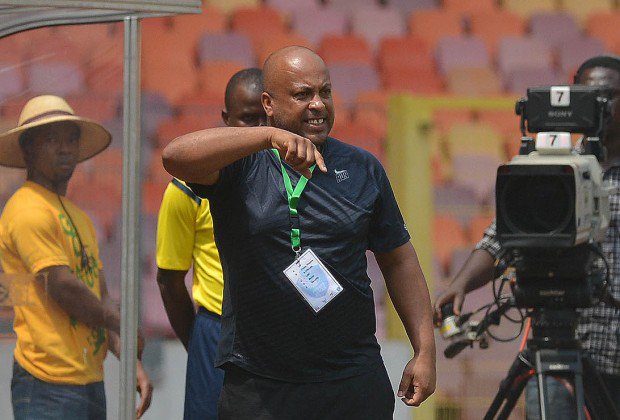 The coach of Nigeria U20 team, Paul Aigbogun has explained the outcome of his side’s 2-1 loss to Senegal in the round of 16 of the FIFA U20 World Cup on Monday.

Aigbogun spoke at a post match press conference shortly after his team crashed out of the tournament to Senegal in a West African derby at the Lodz Stadium.

The Flying Eagles coach was visibly upset by the loss of the game.

He also explained why Manchester City’s Tom Dele-Bashiru was not named in the starting line-up.

The coach also spoke on the penalty incident in the first half.

Aigbogun suggested that his ream achieved their pre-tournament target of reaching the last 16 of the World Cup.

”Obviously I’m disappointed but also proud of the play. Speaking about Dele-Bashiru, It was team decision and we decided he will come in the second half. He was ready to play,” Aigbogun was quoted by allnigeriasoccer.com as saying at the post-match press conference.

”I didn’t see the incident with the penalty. We put a lot of pressure on Senegal in the second half. It’s football. Sometimes you win, sometimes you lose.

”We wanted to go further. Last 16 was the first target. I think we showed one or two players who had ability and it’s most important.”