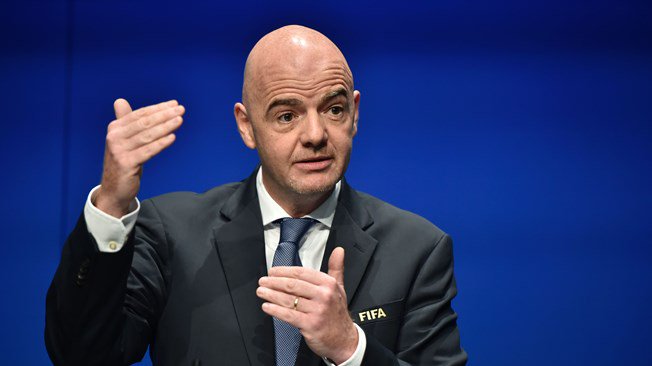 FIFA President, Gianni Infantino was re-elected to office at the body’s 69th Congress in Paris, France, on Wednesday.

He was re-elected by acclamation by FIFA’s 211 member-associations as he was the only candidate for the position.

“In just over three years, this organisation went from being toxic, almost criminal, to being what it should be: an institution that develops football

“This new FIFA has a mission and a plan for it, which is why the next four years have, in fact, already started. We have laid solid building blocks for the future,” Infantino said after his re-election, NAN reports.

Wednesday’s Congress, which had in attendance NFF President Amaju Pinnick and General Secretary, Mohammed Sanusi, approved FIFA’s detailed budget for next year, which includes the sum of 810 million dollars to be invested in the game worldwide.