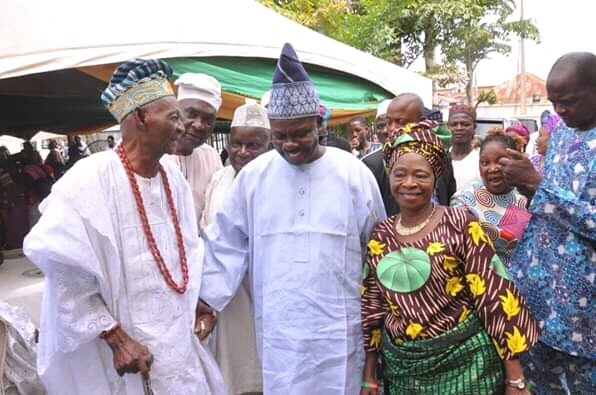 A former Ogun State Governor, Senator Ibikunle Amosun has said he is not afraid of any gang-up against him by his political foes.

Amosun, who just returned to the country from lesser hajj in Saudi Arabi, spoke on Wednesday at his family house in Abeokuta during a prayer session organised by the Muslim community, led by the Chief Imam of Egbaland, Sheikh Liadi Orunsolu.

On his feud with some chieftains of the All Progressives Congress (APC), including the incumbent governor, Prince Dapo Abiodun and a former governor Chief Olusegun Osoba, Amosun boasted that he would triumph over his traducers and political opponents.

He said: “Please continue to pray for me. Somebody told me, ‘what did you do to them? They are many.’ I said how many are they? I said if they are 20 before, pray that I will handle 200 enemies.

“Almighty Allah will overcome them. For me, I’m just doing my bit. I’m no God, I am human, I would have my faults but God knows and that is why I’m saying I’m at peace with my Creator.”

According to him, irrespective of the circumstances surrounding his exit from office, he was glad that “contractors are still carrying on with his projects, especially roads and flyovers.”

“When I came in Tuesday night, I saw what is happening. Everywhere contractors were working, they are still working because we paid them and we asked them to continue with the work. It does not matter, it is about Ogun State and I’m happy,” he said