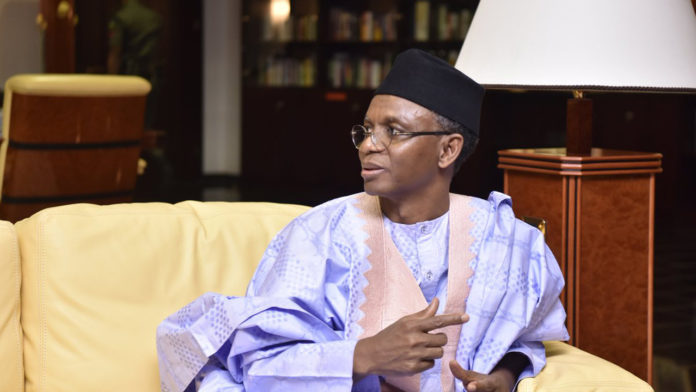 The Coalition of United Political Parties (CUPP) has alleged that Kaduna State Governor, Nasir El-Rufai plans to manipulate the forthcoming elections in the state.

Chairman of CUPP, Umar Ibrahim Mairakumi, made this known at a media briefing in Kaduna yesterday, alleging that he plans to use the Kaduna State Local Government Safety and Emergency Management Volunteers to achieve his aim.He hinted that the governor is working hard to obtain approval from the Independent National Electoral Commission (INEC) and influence the Kaduna State Police Command to accept the Kaduna Vigilante Services otherwise known as ‘Kato da Gora’, as part of the security team for the polls.

“Governor El-Rufai, in his desperation to manipulate the elections, recently inaugurated a new security outfit in the guise of Kaduna State Local Government Safety and Emergency Management Volunteers, which he intends to use as polling units guards,” he said.

Noting that Kaduna people will resist any attempt to manipulate the elections, Mairakumi urged security agencies and INEC to ensure that the process and conduct of the 2019 general election is not only free and fair, but credible and in line with international best practices.

Commissioner of Police (CP), Ahmad Abdulrahman, assured them that the police would be firm and fair, while discharging their duties and charged politicians that winning election should not be a do or die affair. He called on all stakeholders to partner with security agents to ensureg a hitch-free campaign and violence-free elections, adding: “violence-free election is fundamental to sustainable peace and development.

“The peace accord signifies our respective commitment to peace and symbolises respect for the rule of law. I suggest that candidates and their supporters should accept the results of the polls as announced by the constituted authorities, rather than make trouble if they are not in their favour,” he said.

Speaking, Ashiru enjoined INEC to provide a level playing field for all political parties and candidates at the elections and effectively play the role of an umpire to ensure that it remains fair to all.

WINNING THE WAR AGAINST DRUG ABUSE PIVOTAL TO NEXT LEVEL MANDATE...