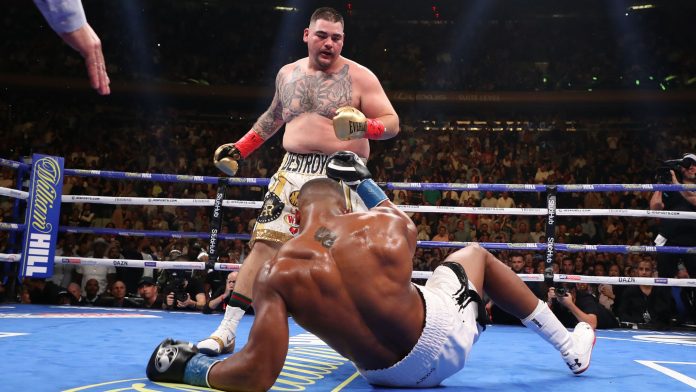 Legendary heavyweight champion, George Foreman, has warned Anthony Joshua against having a rematch with Andy Ruiz Jr. who defeated him after four knockdowns last weekend.

According to him, a second loss to Ruiz would be disastrous.

He, however, expressed the belief that Joshua can come back better now that he has ‘the fear of losing’.

Foreman said he is ready and willing to help Joshua rebuild from his crushing defeat to Ruiz Jr.

Speaking with TMZ Sports, Foreman said: “Joshua needs someone like me. He’s gonna have to go back to the gym. I think he’ll be a greater fighter.

“If he goes back and gets his mind together. He’s gonna even be better. But right now, he better learn to box and he better gets a good manager.

“If I’m Anthony Joshua’s manager, I say, ‘let sleeping dogs lie.’ I don’t want to fight that guy (Ruiz) anymore, because you don’t know what you did wrong. You go back and you’re gonna do the same thing. Let it slide. Leave Ruiz alone. Let him alone.”