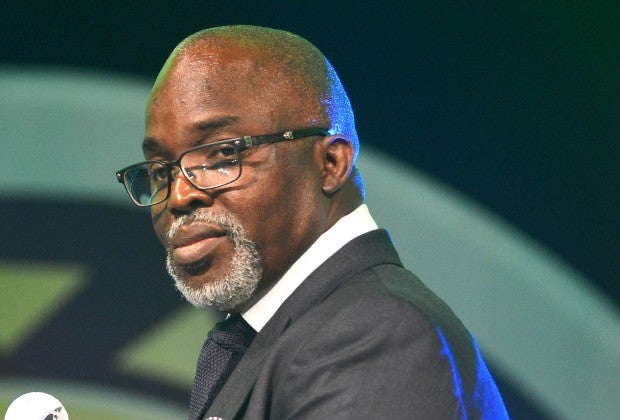 Justice Ijeoma Ojukwu issued the order of arrest following the refusal of Pinnick and others to appear in court to answer to the charges of misappropriation of funds belonging to NFF.

Apart from Pinnick, other defendants whose arrests were ordered by the judge include, NFF Secretary, Sunusi Mohammed; the 1st Vice-President, Seyi Akinwumi; the 2nd Vice-President, Shehu Dikko Like in the previous proceedings, all the defendants were absent from the court on Monday.

The Monday’s development prompted the prosecuting lawyer, Celcius Ukpong, to orally apply for their arrest, a request the judge granted.

The Federal Government had through the Special Presidential Investigation Panel on the Recovery of Public Property, filed 17 counts, marked FHC/ABJ/CR/93/2019, before the court, in which it accused the NFF officials of alleged misappropriation of $8,400,000 belonging to the football body.

The money was said to have been paid by the Fédération Internationale de Football Association to the NFF as appearance fees in the group stage of the Brazil 2014 World Cup.

The defendants were also accused of “moving dishonestly and intentionally the sum of about N4bn” belonging to the NFF without the consent of the NFF.