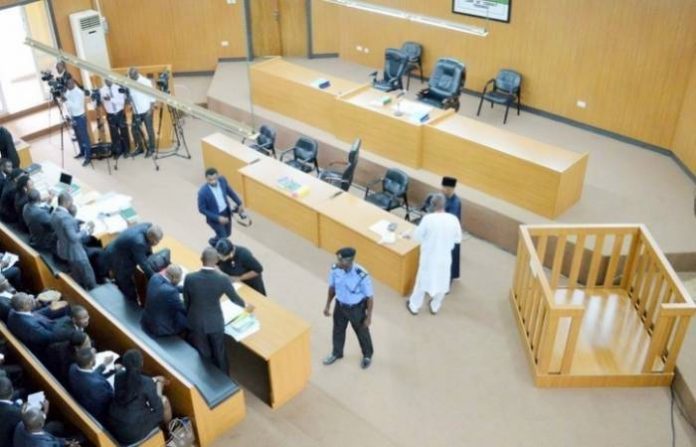 The Code of Conduct Tribunal (CCT) has resumed the trial of the suspended Chief Justice of Nigeria (CJN), Justice Walter Onnoghen.

Justice Onnoghen, however, appeared in court today, alongside the parties in the suit.

The defence counsel said that there are about five applications.

He asked the tribunal to strike out the charge, while prayed for an adjustment to allow the NJC to decide on the issues before the CJN can be tried.