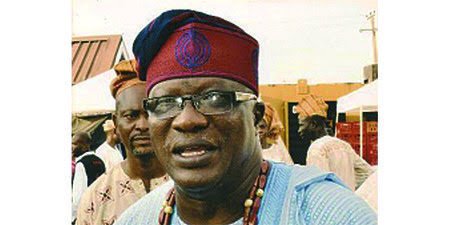 A former President of Nigeria, Chief Olusegun Obasanjo has described the late politician, Chief Olajide Awosedo as someone whose style of politics was devoid of the bitterness and rancour, which characterize archetypal politicking.

Obasanjo who is currently attending Afreximbank’s Special Reflections Conversation on “Harnessing Emerging Partnerships in an Era of Rising Protectionism” in Moscow, Russia, described Awosedo’s death as shocking and sad.

In a condolence letter to the Head of the Awosedo’s family at Okunowa in Odogbolu Local government area of Ogun state on Thursday, the former President stated that, “Chief Awosedo was an amiable personality, a team player and political strategist whose experiences were of immense value particularly to Ogun State and Nigeria at large.

The letter, copy which was made available to newsmen through Obasanjo’s Media Aide,  Kehinde Akinyemi in Abeokuta, reads:

The Family of Chief Olajide Awosedo,

“I received with profound shock and sadness, the news of the unfortunate demise of your beloved husband, father, grandfather, benefactor and patriarch, Chief Olajide Awosedo, on Tuesday, June 18, 2019.

“Chief Awosedo was an amiable personality, a team player and political strategist whose experiences were of immense value particularly to Ogun State and Nigeria at large. His contributions to national development span several decades as a construction expert, property developer, politician and community leader.

“He was such an exemplar whose personal life and achievements inspired a generation of entrepreneurs, industrialists and merchants. Given the great strides which the Grand Property Limited has recorded under his focused and visionary leadership, his exit is evidently an incalculable loss to the company and the entire property development business community in Nigeria.  His legacies speak volumes of the indelible mark he left on the sands of time.

“It is also worthy of note that much as Chief Awosedo ventured into politics and contested the Ogun State governorship seat on the platform of Labour Party in 2011, which unfortunately he lost to the immediate past Governor of Ogun State, Senator Ibikunle Amosun, his style was devoid of the bitterness and rancour which characterize archetypal politicking.

“On occasions like this, it is indeed difficult to find the appropriate words to soothe the anguish of the irreparable loss, but you should be encouraged to accept the inevitable with faith in God’s unfailing love which arranges all things to our ultimate advantage. You should also be consoled by the fact that Chief Awosedo lived a fulfilled life of service to God and humanity.  We thank God for his exemplary life, the precious love you shared with him and his many beautiful acts that will live after him in people’s memory.

“Let me, on behalf of my family and on my own behalf, express our condolences to you and the entire members of your family on the transition of Chief Olajide Awosedo.

“May God grant his soul eternal rest, and you all the fortitude to bear the irreparable loss.”