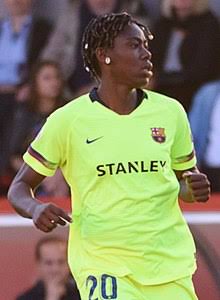 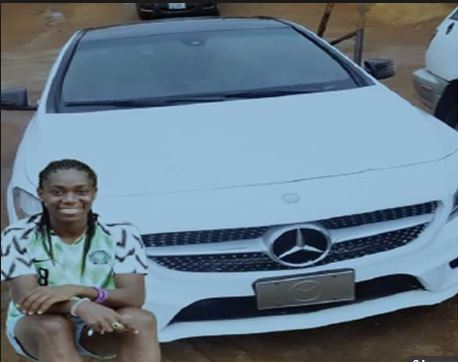 She uploaded pictures of her newly acquired car on her Instagram page status with a caption, “New summer legs. Landed and sitting pretty.”

The 24-year-old agreed to a three-year contract with the Spanish club after an impressive loan spell where she helped Barcelona reach the UEFA Women’s Champions League final and scored eight goals in 11 appearances for the Catalan side.

The former BBC Women’s Footballer of the Year is currently with the Super Falcons at the Women’s World Cup in France.

INEC : We Are Not Independent