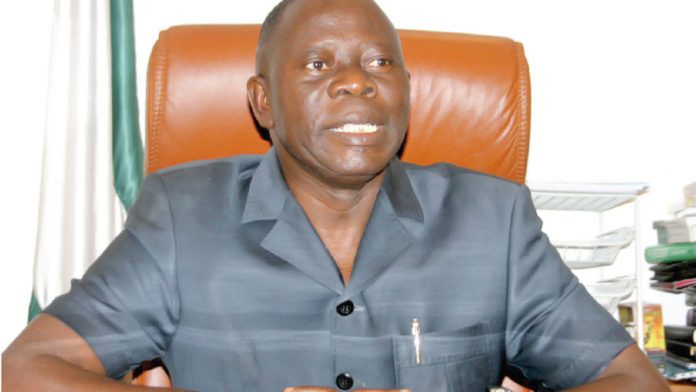 Malam Lanre Isa-Onilu, APC National Publicity Secretary made this known in a statement issued on Thursday night in Abuja.

He added that the five-man committee would particularly investigate Shuaibu’s allegation against Oshiomole on issues involving the collective decisions of the NWC.

Issa-Onilu added that the APC NWC which passed a vote of confidence on Oshiomhole took the decision at the end of its 38th regular meeting.

He said the committee would also investigate alleged instigation of Senators and members of House of Representatives by Sen. Shuaibu against the decision of the party on the choice of presiding officers for the National Assembly.

This, he alleged, happened at the Banquet Hall of the Presidential Villa, even when the issues were discussed and agreed on by members of the NWC.

He said Shuaibu’s action was particularly embarrassing as he was seen moving around Senators and members of the House of Representatives allegely instigating them to revolt.

Issa-Onilu said Shuaibu did this, while President Muhammadu Buhari was making his concluding remarks on the need for APC to present one candidate to avoid a divided house.

The APC spokesman said the committee which would be headed by Otunba Niyi Adebayo, is mandated to submit its report to the party’s NWC within seven days from today.

The News Agency of Nigeria (NAN) recalls that on May 28, Sen. Lawal Shuaibu, called on Oshiomhole to resign for allegedly failing to add any value to the APC since his election.

Shuaibu, in a six-page letter dated May 27 and addressed to Oshiomhole, accused the chairman of incompetence, high handedness and immaturity in his handling of the affairs of the party.He noted that the APC had lost control of seven states under Oshiomhole.

“I am a critical stakeholder in the APC project and therefore, have a stake for which I reserve the right to write this letter to you,” Shuaibu had said.