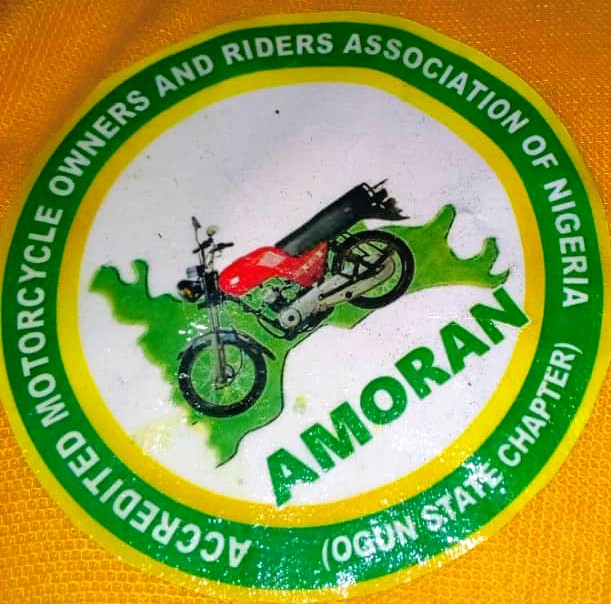 An interim member of the Transport Union Committee and one of the Chairmanship aspirant of Articulated Motorcycle Owners and Riders Association of Nigeria (AMORAN), Mr. Monsuru Balogun, popularly known as Afuye has declared that, ongoing allegation leveled against him was to tarnish his image and targeted to disrupt his chairmanship ambition.

One of the members of the 11 interim constituted AMORAN committee, Alhaji Taiwo Oseni alias Parie had accused the Balogun Monsuru (Afuye) of parading himself as state chairman of AMORAN and causing confusion among members in the state.

Afuye described the call by a member of the Transport committee constituted by government, Alhaji Taiwo Oseni (Parie) to suspend as a “plan work to disrupt his chairmanship ambition”.

He said the promoters of the campaign of calumny were threatened by his popularity and acceptability by members of the union in the state.

He claimed that, he has never paraded himself as AMORAN Chairman in the state knowing full well the agreement establishing the interim composition of the committee.

Balogun while reacting to the allegation, insisted that he would never go against the government, saying he would support whatever reforms the committee came out with.

He further stressed that, the branded souvenirs on members of AMORAN across the state were souvenirs distributed during the campaign period for his chairmanship ambition.

He equally explained that, within the two days he was in charge of sales of tickets, he had remitted the sum of N1million and N80, 000 to the coffers of the state government.

He added that he is a law abiding citizen, stressing that he would not be an agent of devil.

“I’m a law abiding citizen and I will never do anything against the interest of the state governor and the transport union committee.

“When the transport union committee by the governor inaugurated the interim committee, we were given a defined scope of operations and modus operandis and I have never violated such rules.

“In fact, we were given ultimatum of N1.2million for the two days operation, which is Monday and Tuesday, but this morning, I have paid a total sum of N1million and N80, 000. The shortfalls of N120, 000 was with Alhaji Ajiboye MTN who has refused to give the account to our team.

“If anybody want to gain popularity, they should find another means to test their acceptability not by resorting to cheap blackmail.”

Speaking on telephone interview, the chairman of the transport union sub-committee on AMORAN, Afolabi  Afuape stated that, the committee has never announced anyone as official chairman of the union in the state.

Afuape noted that, the interim committee was given equal opportunity and level playing ground for the 11 members to operate and report to the sub-committee.

He however urged members of the interim committee of the union to report to the sub-committee if there’s any crisis among them.