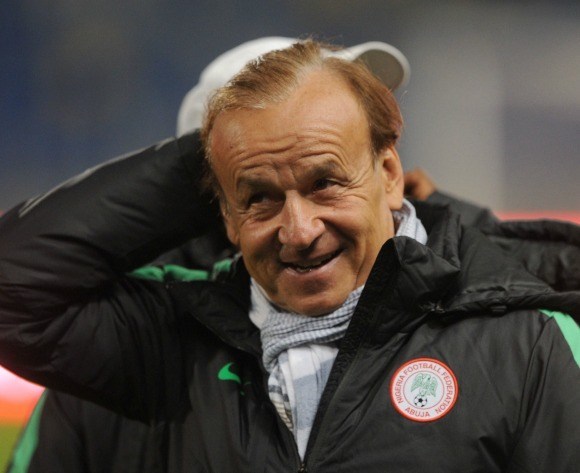 Super Eagles coach, Gernot Rohr was sweating with his coaching staff last night on which players to drop as the Monday June 10 deadline for the submission of his squad’s list to CAF draws near.

Gernot Rohr Rohr is expected to drop a striker and a midfielder from the 25-man provisional team for his final squad for the 2019 Africa Cup of Nations.

The German-born coach admitted that it was difficult reaching a decision since all the players have been doing well since training began last Monday in Asaba, Delta Sate “You know that everybody wants to come to Egypt and there are still two players to drop, so the competition is open and everybody wants to be in the final 23-man squad.

“It will be very difficult for me and my staff to choose the final 23 because everybody is doing so well.” “We have a lot of strikers, which is good. Other teams are searching for center-forwards and we have three of them, one of them has to go. I could drop one striker and one midfielder,” he added. Speaking on his goalkeeping division, Rohr said he was not convinced yet who will be his number one in Egypt.

‘’If you know one better than the three we have, please tell me. With our scouting team we are watching all over the world and we didn’t find a better one,’’ Rohr said.

‘’Honestly today I don’t know who is number one. We had the number one in the World Cup, very,very young goalkeeper, I took a big risk but he did well, and then he had a difficult situation in the club.

Buhari Insists IPOB Members Will Be Dealt With ‘in the Language...