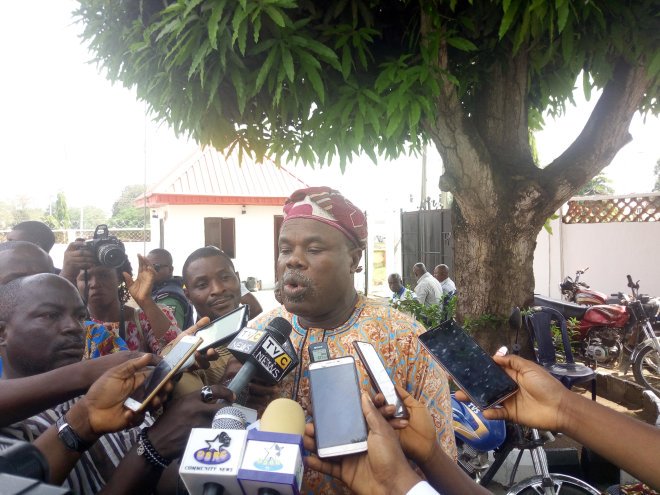 Following the dissolution of the 8th session of the Ondo State House of Assembly and subsequent inauguration of the 9th Assembly, Rt. Hon. Bamidele Oleyelogun and Rt. Hon. Iroju Ogundeji were Monday re-elected Speaker and Deputy Speaker of the House, respectively.

The Speaker and his Deputy, who were returned unopposed by the new members of the House, were sworn in after the proclamation letter by the governor had been read by the Clerk, which signals the inauguration of another session of the Assembly.

With the commencement of the 9th session of the Ondo State legislature, out of the 26 members, seven were re-elected while 19 first timers happened on the hallowed chamber.

Earlier, the 8th Assembly had been dissolved after the former Majority Leader of the House, Olugbenga Araoyinbo, who cited section 105 of the 1999 constitution to move the motion for the dissolution of the state legislature.

Oleyelogun, who went down memory lane when the 8th Assembly was inaugurated four years ago, stated that the lawmakers gave their best to the state.

While stating that a total of 45 bills were passed into law during the 8th Assembly, promised that the 9th Assembly under his leadership will also perform as expected by their constituents.

According to him, the robust relationship between the state legislature and other arms of government will continue to be maintained for the overall interest of the people.

“We have always carry out our responsibilities with all seriousness in ensuring that Ondo State is the best state in the country.

“We did our best in term of quality debate and we will always putting our constituents as promoting our deliberations.

“We’re not robber stamp legislators as we screened all that the executive brought before us to the letter,” he said.

New principal officers were also announced by the Speaker after he had sworn in other members of the assembly which include; Jamiu Maito (Majority Leader), Rasheed Elegbeleye (Minority Leader), and Oluyemi Adeyemi (Chief Whip).

Meanwhile, after the swearing in of the 26 members of the house, plenary was adjourned till July 9

Nigerian Man Bathes Wife With Acid, Kills Self Over Property