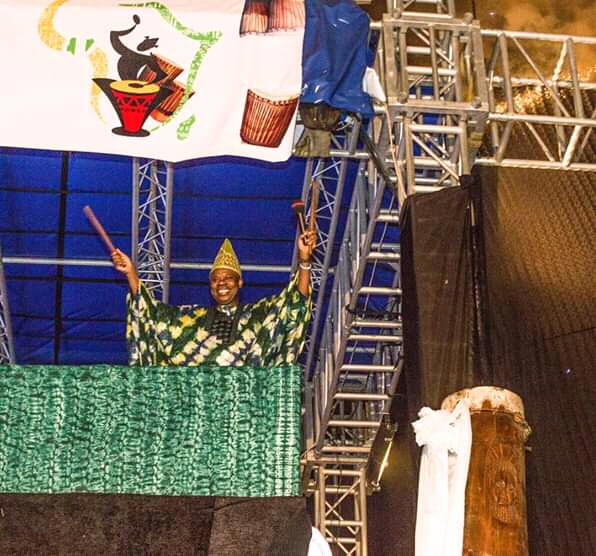 The drum festival according to the Chairman, Local Organizing Committee who is also the Deputy Governor, Mrs. Yetunde Onanuga, about 26 states of the federation have also signified interest in participating in this year’s edition.

Onanuga said the festival which berthed in 2016 has not only repositioned and placed Ogun State on the world map of culture and tourism, but has become an enduring legacy.

The LOC Chairman equally added that few European and American countries like China, USA, Trinidad & Tobago, Belgium and France are expected to also participate at the festival.

According to her, the drum festival will hold between Wednesday, 24th April to Saturday 27th April, 2019 at the Amphitheater located at OPIC roundabout, Oke-Ilewo, Abeokuta, the Ogun State capital.

Onanuga explained that, the festival will feature exhibitions of Adire/Kampala logo, brands and fashion parade at the Adire mall at Itoku market in Abeokuta.

She therefore commended the Chief Promoter, the Governor of Ogun State, Senator Ibikunle Amosun for nurturing the festival to a world class standard.

“The festival has not only placed Ogun State on the world map of culture and tourism, but has become an enduring legacy. It has become a rally point for Africans, within the state and diaspora to explore our promised heritage in drumming.

“This edition has not only be expanded in terms invitation, but spectacular in delivery. The 10,000 capacity amphitheater will host this year’s edition because it is more conducive with an ambience territorially.”