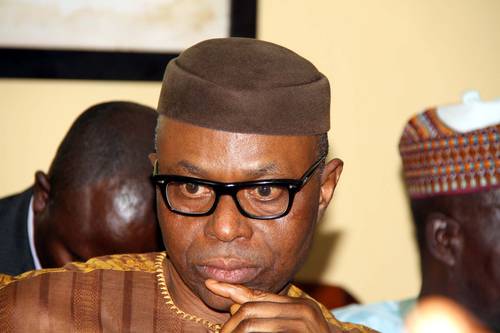 AKURE: The former Deputy Governor of Ondo State, Alhaji Lasisi Oluboyo is set his defect to the All Progressives Congress, APC, from the Zenith Labour Party, ZLP, the party of his erstwhile boss, Dr. Olusegun Mimiko.

We gathered that Oloboyo, who served as the second Deputy Governor to Mimiko after the controversial impeachment of Alhaji Ali Olanusi following his move from the Peoples Democratic Party, PDP to APC in 2015, had been meeting with the party’s leadership in the state toward parts of plan at perfecting his movement to the party.

Oluboyo, who left the Peoples Democratic Party, PDP, alongside his boss, Mimiko shortly after the expiration of the latter’s tenure as governor, joined him in the Labour Party before finally pitching his tent with the Zenith Labour Party.

According to sources within the camp of Oluboyo, who was also a former Commissioner for Natural Resources in the state, his defection to the APC would be made official today (Tuesday) during the campaign rally of President Muhammadu Buhari alongside Hon. Mike Omogbehin, a member of the House of Representatives from the state.

“The ex-Deputy Governor (Oluboyo) would be announcing his defection at the MKO Demeocracy Park when President Muhammadu Buhari visits Ondo state today (Tuesday).

“I am aware he is not pleased with the current situation in his party, as he is not being carried along again.

“Don’t forget that his former boss (Dr. Olusegun Mimiko) has defected to another party which is the Zenith Labor Party (ZLP) and he is even a candidate for the Senate seat.

“So, I am very sure that Oluboyo will defect alongside with several other former aides under Olusegun Mimiko at the tomorrow’s event,” he added.

Confirming the defection, the Chairman of ruling All Progressives Congress in the state, Ade Adetimehin, who revealed this at the party’s secretariat in Akure, the Ondo State capital, stated that President Buhari is expected to receive the former deputy governor as well as other decampees who were chieftains of their parties into the APC fold.

“Yes, he (Oluboyo) is supposed to be here (this meeting) but he could not make it.