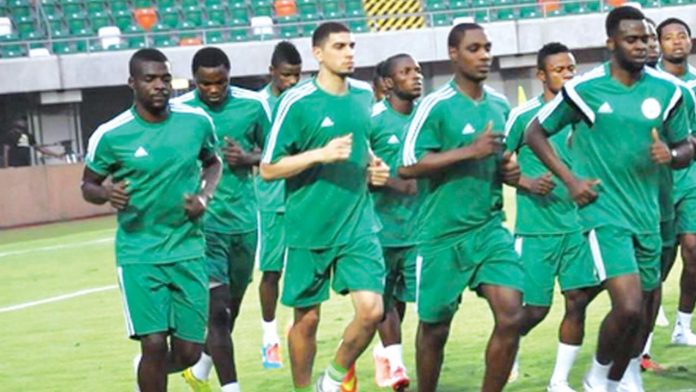 Super Eagles yesterday conducted their first training session at the pitch located within the premises of their hotel, Mercure, having arrived at the Egyptian city of Ismailia.

The three time African champions are in Ismailia for a one-week intensive pre-AFCON camping.

According to NFF director of communication, Ademola Olajire, a number of technical and tactical sessions are scheduled for this week, before the Eagles go up against Senegal’s Teranga Lions on Sunday evening for their final friendly match before the commencement of the continental soccer showpiece.

In a friendly game at The Hive in London two years ago, both teams settled for a 1-1 draw, with Moussa Sow putting the Lions ahead nine minutes into the second half before Kelechi Iheanacho tied the game from the penalty spot with only nine minutes to go.

Nigeria are up against Burundi’s Itamba Ru Mugamba, Guinea’s Syli Nationale and Madagascar’s Barea in Group B of the 32nd Africa Cup of Nations, with Alexandria as venue