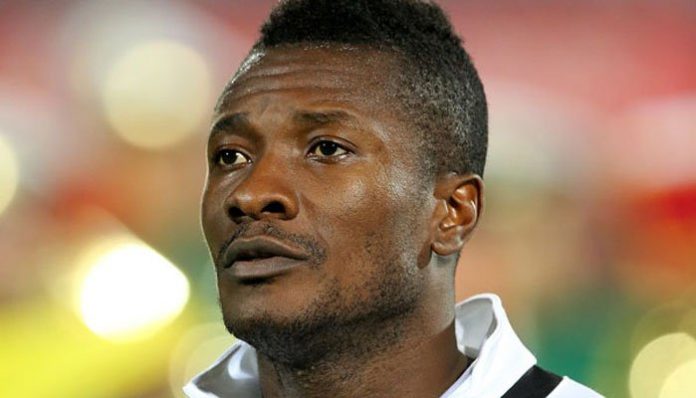 Ghanaian striker, Asamoah Gyan has bowed to a presidential request to make himself available for next month’s Africa Cup of Nations (AFCON) matches just 48 hours after announcing his retirement from international football.

Gyan had quit the national team on Monday seemingly unhappy that the captaincy was taken away from him as he had not played for Ghana since September 2017 due to injury.

But he released a fresh statement on Wednesday, saying he had a change of heart after being asked to play at the June 21-July 19 finals in Egypt by Ghana’s president, Nana Akufo-Addo.

Fit-again Gyan, 33, added that he has accepted the presidential request “in good faith and will make myself available for selection by coach Kwesi Appiah. I remain committed to serving this great nation and the people of Ghana”.

NAN reports that the Government spokesperson, Eugene Arhin, in a statement, confirmed the president’s intervention.

“The President urged him, in the national interest, to rescind his decision to retire from the Black Stars, and make himself available for selection by coach Kwesi Appiah.”

His six World Cup goals are the most by an African player.