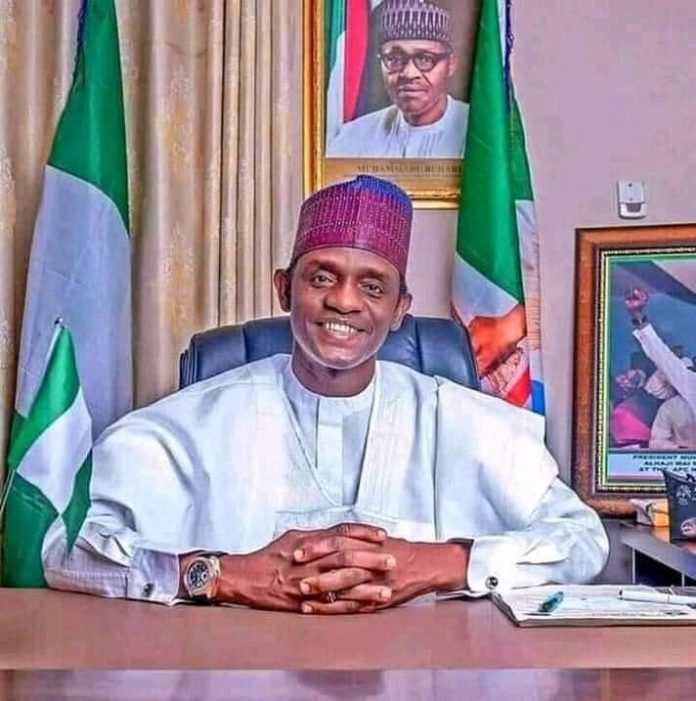 Governor Mala Buni of Yobe State has taken a third wife barely 24hours after his swearing in.

The Governor tied the knot on Thursday with the daughter of his immediate past predecessor, Ibrahim Gaidam.

Ummi Adama, who takes the position of Governor’s third wife is currently studying in Saudi Arabia.

Ummi’s marriage to Buni could be to strengthen their political relationship.

Aljazirah reports that there are strong rumours indicating that the new bride will be made the first lady of the State governor.

The low key marriage was solemnized at Mr Gaidam’s residence at Sabon Fegi area Damaturu, the state capital, in the early hours of Thursday.

Aljazira quoted an ally of the Governor, who preferred not to be mentioned, as saying that the marriage was performed secretly to avoid public criticism.

An Islamic scholar, Sheik Abubakar Adam who is also close to the two governors (Gaidam and Mai mala), gave the hand of Fatima Ibrahim Gaidam to Mala Buni.

Shiek Adam, who conducted the wedding called on the couple to fear God in all their dealings in order to have a good family and live a fulfilling life.

Buni was the immediate-past National Secretary of the ruling party, All Progressives Congress, APC, and was anointed by Gaidam to succeeded him as governor.

The new Governor was sworn-in on Wednesday by the state Chief Judge, Justice Garba Na Baruma.