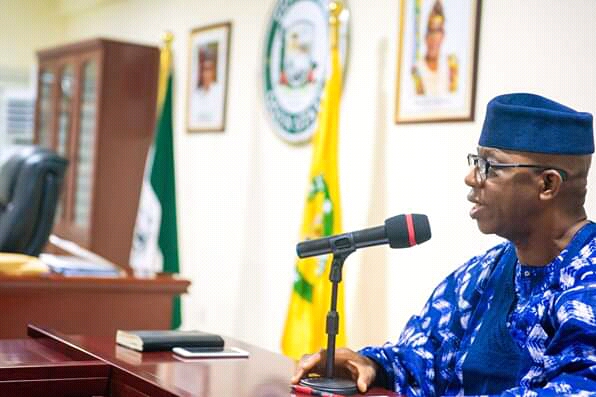 The Ogun State Governor, Prince Dapo Abiodun, has disclosed that his administration would not allow the Tongeji Island, an island that shares boundary with the Republic of Benin to be taken away by Nigeria’s neighbouring country.

The Ogun State Governor made this known in a statement issued to newsmen by his Chief Press Secretary, Mr. Kunle Somorin in Abeokuta.  The governor expressed the determination of his administration to do all in its power to make life meaningful for the citizens of the state living within the Island.

Prince Abiodun said this when he received the Nigerian Ambassador to the Republic of Benin, Ambassador Emmanuel Kayode Oguntuase and the Flag Officer Commanding Western Region(FOC), Rear Admiral Oladele Daji.

Abiodun said the visit of the Ambassador would only make his administration to act even quicker and ensure that the Republic of Benin that shares boundary with the state does not take advantage of the Island located in the Ipokia Local Government area of the state, added that his administration would immediately set up a team to visit the Island on a fact finding mission and to find out what could be done to assure the people of the area that they have not being forgotten. 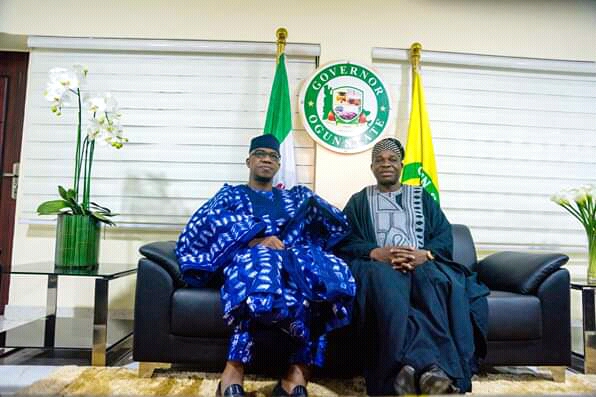 Gov. Abiodun further disclosed that his administration had informed the Federal Ministry of Petroleum that the Island was of huge interest to the state government, adding that his government had also began discussions with investors on the way forward.

” It is a place where we do have valuable reserve and I had mentioned to the Federal Ministry of Petroleum that the Tongeji Island and Ogun Waterside are areas of interest to the state government and we have began discussions with others to explore partnership agreements under a Public Private Partnership to see what we can do in terms of prospecting the opportunities that lay beneath the soil in Tongeji Island and Ogun Waterside,” he said.

He added that his administration would fast-track the process to see other services that could be rendered to the people of the area and promised that he would take the issue up with the National Borders Commission.

The governor said he would also engage the Development Agenda for Western Nigeria Commission(DAWN) and involve Lagos and Oyo State governors that also share border towns with the Republic of Benin.

Abiodun while thanking the Flag Officer Commanding the Western Region, Rear Admiral Oladele Daji for ensuring that the water ways were free and devoid of anarchy, urged the FOC not to hesitate to bring to his notice issues that are germane to the security of the region.

In his remark, the Nigerian Ambassador to the Republic of Benin, Ambassador Emmanuel Kayode Oguntuase disclosed that his visit to the state governor was to intimate him on happenings in the area as the closet to the Island, adding that it was important to let the over One thousand inhabitants of the Island to feel governments presence, as the Republic of Benin was presently trying hard to lure the people and take over the Island because of the huge petroleum resources embedded beneath the ground.

The Nigerian Ambassador to the Republic of Benin and the Flag Officer Commanding Western Nigeria, had with them the Consular Officer, Mrs. Olubunmi Olanusi, Commandant, Nigerian Navy Secondary School, Abeokuta, Commandant Dauda and the Deputy Defence Attache, Commandant Tony Bassey.

We can end strike in few days — ASUU