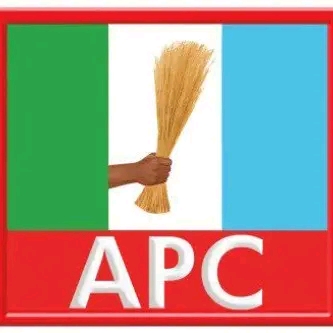 
Sequel to the press conference addressed by a tendency under the Osun State chapter of the All Progressives Congress (APC), The Osun Progressives (TOP) in Osogbo on Tuesday, announcing the dissolution of the tendency, the state APC has stated that it’s not aversed to genuine reconciliation from any quarters.

Former Speaker of the State House of Assembly, the Right Hon Najeem Folasayo Salaam who is a chieftain of the APC tendency, announced the dissolution of the body with a disclosure that it has the blessing of Ogbeni Rauf Aregbesola, the Interior Minister, who is the patron of the group.

Salaam hinted that it was the resolve of the dissolved TOP leaders to move the party forward in the state that necessitated their calling for truce.

In his response to the development, Sooko Taju Lawal, the State Acting Chairman of the party, in a statement issued by the party’s State Director of Media, Chief Kola Olabisi, in Osogbo, the state capital yesterday, stated that he saluted the courage of the dissolved leaders and members of the group to tow the line of peace which has no alternative for political stability, tranquility and improved fortune of the APC.

In Lawal’s words: “The state leadership of the All Progressives Congress (APC) in the State of Osun received the news of the decision by ‘The Osun Progressives (TOP)’ to formally disband the group and the factional executives at all levels of the party in the state with an open arm which, it is believed, would translate to the reinvigoration of the party in all ramifications.

“The decision of TOP to tow the path of working with the mainstream is a welcome development as our leader, the immediate-past Governor Gboyega Oyetola, is also favourably disposed to any genuine and authentic reconciliation.

“Therefore, we call on all members of the now disbanded group to reintegrate with the party at their respective wards and local government and join in the party’s activities towards the 2023 General Elections in respect of the Presidential, National and State Assemblies Election”, Lawal stated.

The Acting State Party Chairman disclosed to the dissolved TOP members and leaders that it’s the more, the merrier in politics as it’s a game of numbers.

“On behalf of the state leadership of our party, current state executive committee of our party and the entire leaders and members of our party across the state, I hereby state that we are not opposed to a genuine reconciliation.

“If one does not forget the injustices of yesterday, it will be pretty difficult to have playmates”, Lawal said.

The state APC acting chairman however, disclosed that the party executive under his watch would initiate and call a meeting anytime it is deemed necessary for such meeting(s).