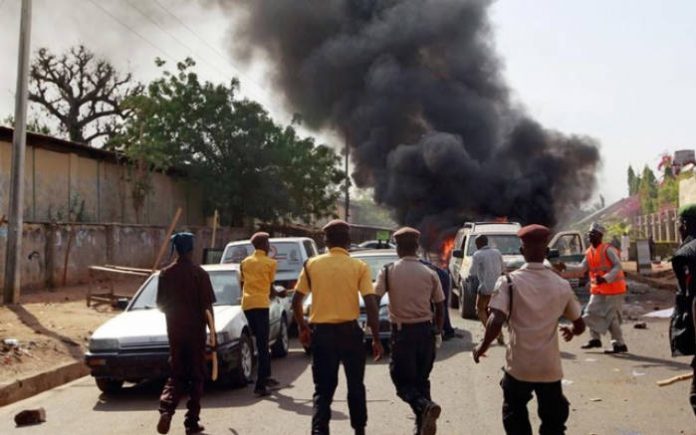 A suicide bomber on Sunday morning attacked Shuwa community in Madagali Local Government Area of Adamawa State killing himself and a resident, a witness said.

The attack occurred at about 7.30 a.m. near a village church at about the time residents were going for their Sunday service.

“The suicide bomber seems to be aiming to attack a church in the village but ended up blowing himself not far away from the church,” the source who asked not to be named for safety reasons said.

Shuwa is about 30km from Madagali, the headquarters of the local government.

Madagali is the home town of the governorship candidate of Peoples Democratic Party (PDP), Ahmadu Fintiri, who was in the countryside yesterday to cast his vote.

Adamawa is one of the states most affected by the Boko Haram insurgency in Northern Nigeria. The attacks in Adamawa have reduced compared to those of neighbouring Borno State.