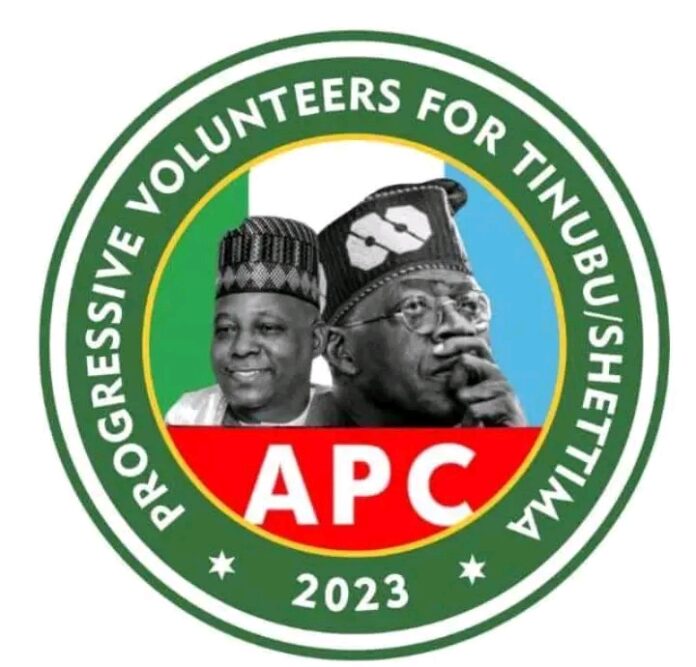 …seeks mobilization for the emergence of Tinubu/Shettima.

Ahead of 2023 Elections, a socio – political group, Progressive Volunteers for Tinubu, has called on Nigerians to shun religious sentiments, saying that the Tinubu/Shettima tickets portends a promising future for Nigeria.

The Ogun State Coordinator of the group and Realtor, Deji Ogundimu stated this at a press conference held in Abeokuta on Thursday, while pledging support for the presidential candidate of the All Progressives Congress (APC), Asiwaju Bola Tinubu.

The group said consideration should be on competence, innovation, compassion, integrity, fairness and adherence to excellence, while making decisions on the 2023 presidential poll as against controversies and public outcry about the emergence of Bola Tinubu – Shettima’s Muslim – Muslim Ticket.

They said that the challenges in the nation are too numerous for the nation to pay attention to ethnic or religious considerations, saying what Nigeria needs in 2023 is a team that has what it takes to fix the country’ s challenges.

The statement reads in parts, “Nigeria is yet at another crossroad as the 2023 election approaches, but this time around with more of solutions in sight than the pervasive cloud of uncertainties, which usually envelopes the country’s political atmosphere at times like this as previously witnessed since 1999”.

“The era of progressively productive rivalries, amongst the three regions in Nigeria, when all the regions were controlling and thriving on their various natural and human resources to provide adequately and sufficiently for the needs of their respective populace were once the eldorado which present generations of Nigerians still desires till date”.

“Since the country returned to democratic rule in 1999, the first and only political actor in Nigeria, who identifies and also keenly interested in addressing the issues that has to do with the absence of certain elements of democracy is Asiwaju Bola Ahmed Tinubu”.

“He has not only spoken about them but acted decisively to address those issues, part of which are creation and funding of additional local government development areas, establishment of Independent Power Project to address the issues of epileptic power supply in Nigeria”.

“Tinubu is a strong proponent of state police, which is one of the factors that is breeding the current insecurity in the country, Lagos is funding the Lagos State Rapid Response Squad which is seriously complimenting the efforts of the Federal Police System in addressing the issue of securing Lagos at a considerably commendable level”.

“we at PROGRESSIVE VOLUNTEERS FOR TINUBU/SHETIMA PVTS2023 are fully convinced that Asiwaju Bola Ahmed Tinubu will give Nigeria as a country the needed growth and stability going by his antecedents in Lagos State”, he added.

2023: Don’t Sell Your Votes To Jeopardize Your Future, Democratic Forum...