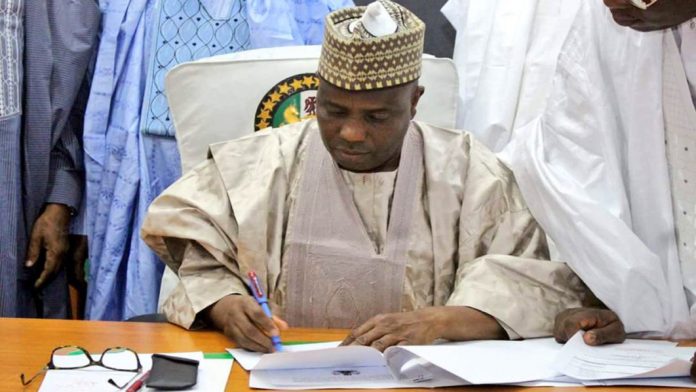 Galadanci was among the 27 new Commissioners assigned portfolio, according to a statement issued by Abubakar Shekara, Director General, Media and Public Affairs to Governor Tambuwal yesterday.

Until his new appointment, Galadanci was the immediate past Commissioner for Higher Education and one time gubernatorial candidate in the state on the platform of the defunct Action Congress of Nigeria in 2011.

Others assigned with portfolios include: a former member of the House of Representatives, Abdulsamad Dasuki, as Commissioner for Finance and former Governor Attahiru Bafarawa’s son, Sagir Bafarawa, as Commissioner for Environment, while the Ministry for Local Government is to be overseen by Deputy Governor Manir Muhammad Dan’Iya.

The immediate past SSG and speaker of the House of Assembly, Professor Bashir Garba, and Salihu Maidaji would oversee the Ministry of Higher Education and Works respectively, while Umar Nature retained his Water Resources Ministry.