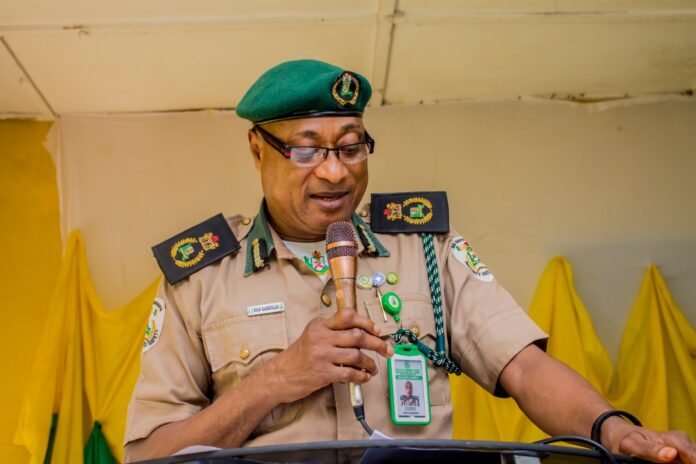 The Ogun State Community, Social Orientation and Safety Corps (So-Safe Corps) has again reemphasized zero tolerance to crimes and criminal activities within the state’s territory by retraining nothing less than 971 personnel in the just concluded intensive 3 – Weeks Security Training of the Corps which was organized in conjunction with the Nigeria Police, Ogun State Police Command.

The training which took place between Monday 4th and Friday 23rd September, 2022 at the Corps Training Academy, Defunct Teachers’ Training College, Ilaro, in Yewa South Local Government Area of Ogun State which was the second training held for its personnel this year.

This training and retraining of personnel became necessary to avail the corps officers with up-to-date security tactics and training so as to make the So-Safe personnel better professionals in the provision of security and neighborhood watch as well as for effective and efficient discharge of security duties at all time.

Similarly, the Ogun State So-Safe Corps Commander also extended greetings to the invited dignitaries for identifying with the agency out of their tight schedule having thanked God Almighty, the No. 1 Chief Security Officer of the cosmos for making the training a success.

Ganzallo who noted that the corps personnel have taken part in different Security Training Courses including Boxing, Taekwondo among others.

Ganzallo stressed that during the training session, officers also gained more knowledge through its lectures ranging from Security Operations and The Rule of Law, Cultism, Causes and Remedy, Kidnapping and Banditry, Crime and Challenges of Execution of Justice, Security Agencies and Community Synergy, Mentoring:A vital Tool in the Accomplishment of Organizational Objectives among others.

Also in his address, Ganzallo specially thanked the Hon. Commissioner, Ministry of Local Government and Chieftaincy Affairs, Hon Ganiyu Hamzat who is ably represented by Mr Segun Ibirinde, Director of Local Government Affairs for his fatherly role and approval of the training to better equipped the personnel which would in turn benefit the good citizen of the State.

Ganzallo also used the platform to charge Officers of the Corps to be useful to themselves so as to better the security architecture of the state as they go about their security duties. Noting that no offender must henceforth go unpunished.

Ganzallo said, “This is our expectations from all Zonal, Area and Divisional Command Officers and Men from now henceforth”.

“I am not saying we will not come about difficulties and challenges in the course of our duties both day and night, please note that there is power in collaboration with the Police and the sister security agencies he admonished”.

“None of you is trained to Lord yourself on the people you are to protect, do your job with human face and never step on the rights of the good citizens in the course of your duties”.

“We need to always remember that the state government looks up to you being the closest security officers to the people”, he concluded.

Also speaking, AIG Subair (Rtd) in his special remarks commended Commander Ganzallo for his gallantry efforts, passion and always ensuring Officers and Men of the agency are trained and retrained even with limited resources.

He however assured the agency that Ogun State government through the Governor, Prince Dapo Abiodun, MFR would surely upgrade the agency to an enviable position while he pledged to always promote the course of the agency before the Governor.

He reiterated that the way crime was being committed then was quite different from how it happens today, reason we must continue to upgrade our knowledge and put more effort.

He emphasized that security agencies should upgrade their knowledge through training and retraining.

In his remarks, CP Akinremi, Amotekun Commander represented by Coordinator Binutu Tolulope said that he has been asked to remind the graduating Officers of the need to maintain usual peaceful co-existence in the communities and to keep our lands safe.

Meanwhile on his part, the Commissioner of Police, Ogun State Command CP Lanre Bankole Psc represented by ACP Adeyeri Chris at the closing ceremony said that ” Inter-agency collaboration must be maintained at all time for a peaceful co-existence.

During Electioneering period all hands must be on deck and So-Safe role in the election must be to work together, win together as team work brings quality.

On the last note he said the most important thing is to implement all knowledge gained during the weeks long extensive training at Academy. 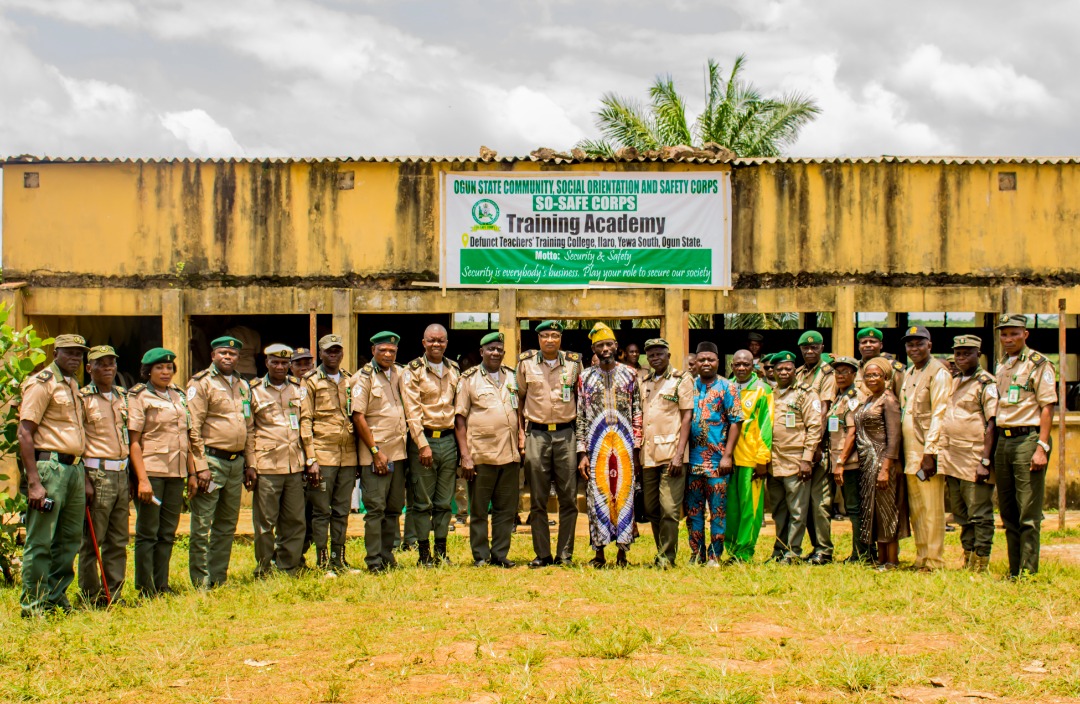 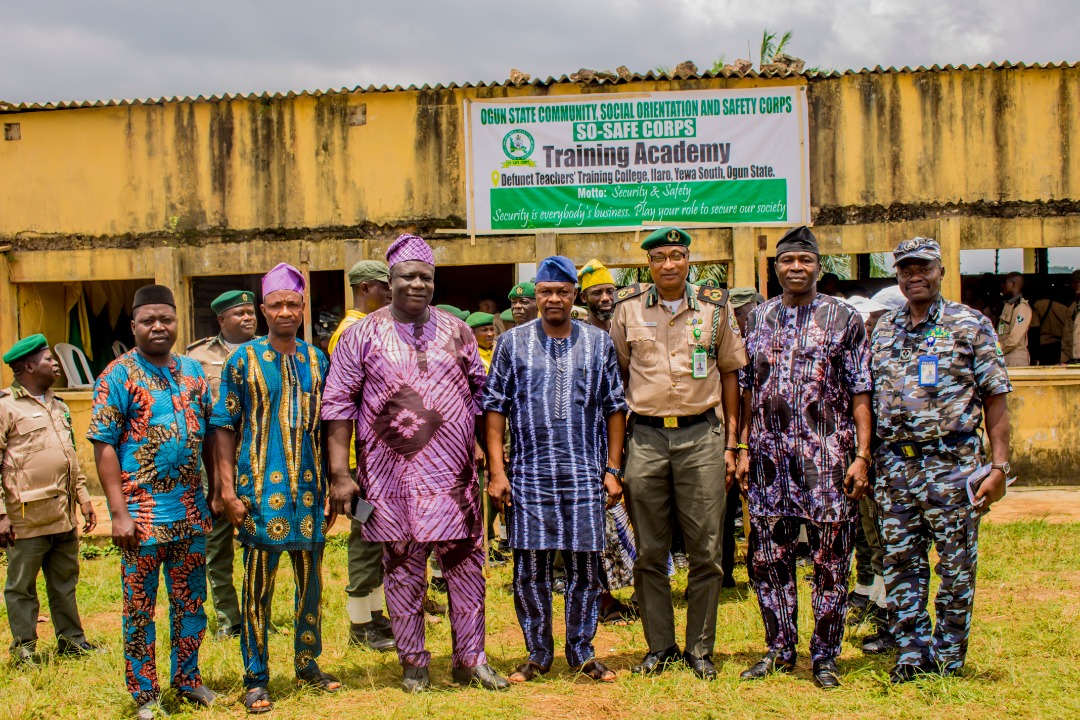 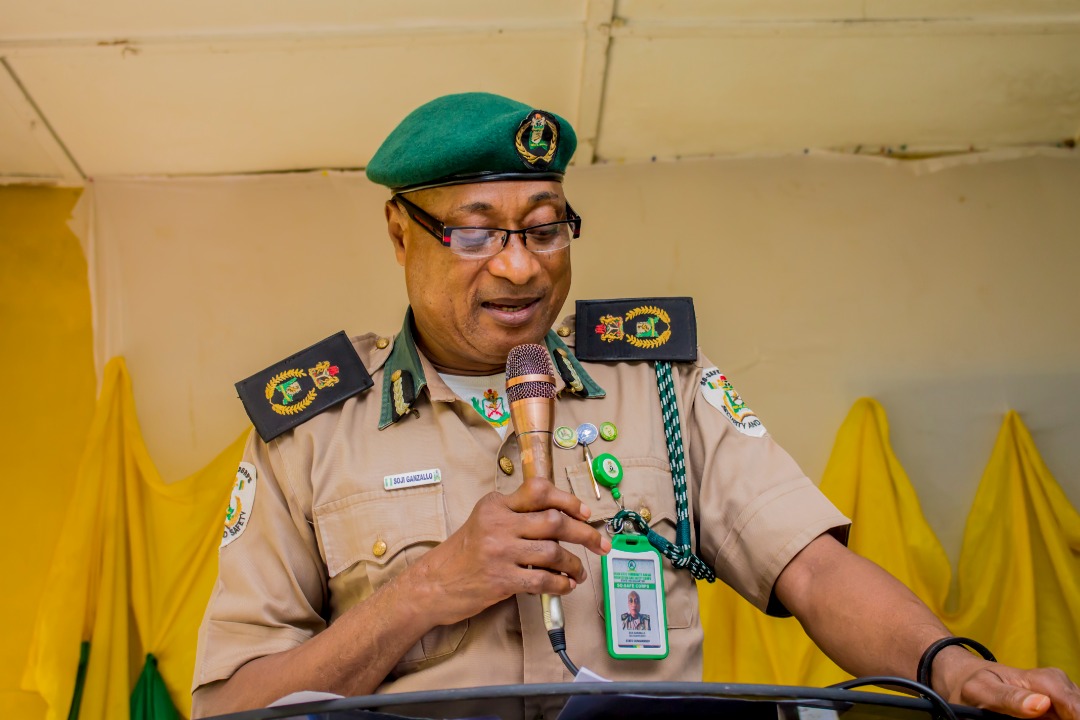 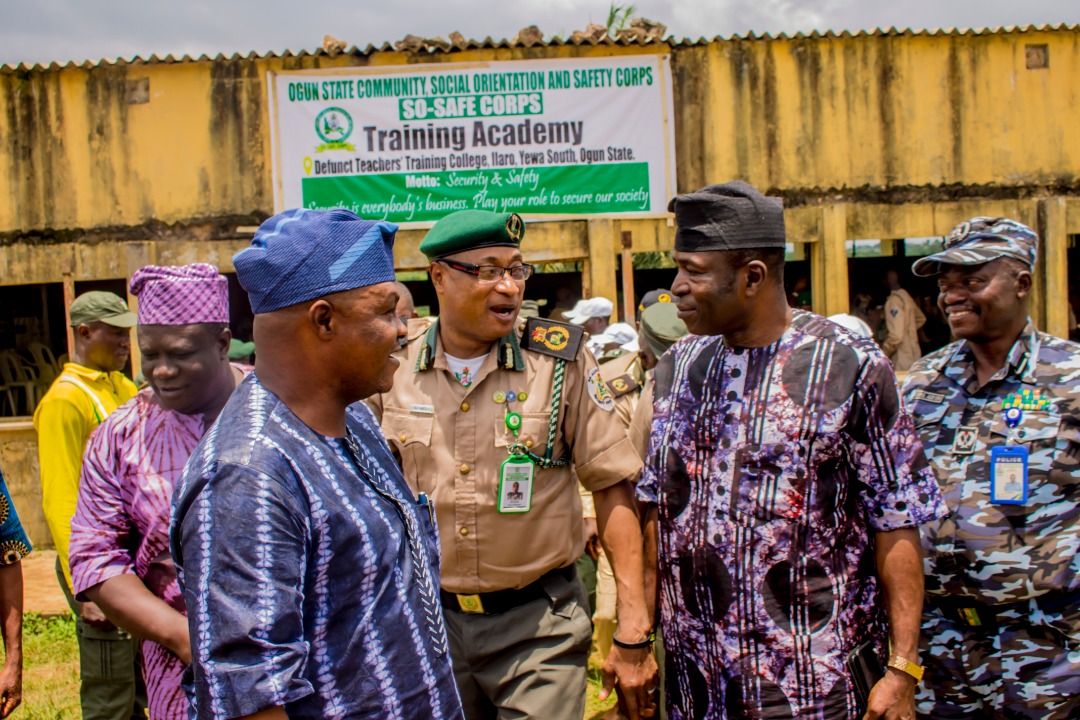