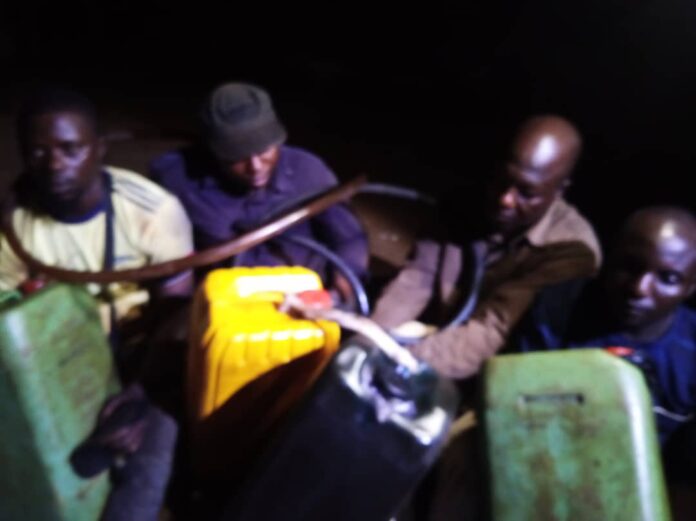 This was contained in a statement released from the Office of the State Commander of Corps, Commander (Dr) Soji Ganzallo through the officer of the Director of Information and Public Relations of the Corps, Assistant Commander Moruf Yusuf has it that the suspects were caught in a Road Construction Company site situated at Obafemi-Owode Local Government, Siun area of the state.

Ganzallo also note that ‘the suspects were arrested at the scene of the crime, as they were stealing Automotive Gas Oil, AGO (Diesel) that belongs to the Road Construction Company (Name withheld), before the engagement of the So-Safe Corps personnel protecting the said Company.

The exhibit found with the suspects were 8 kegs of 30 Litres Keg containing the already syphoned Automotive Gas Oil AGO (Diesel).

In conclusion, the suspects and the exhibits found with them were handed over to the Police Owode Police Divisional Headquarters same date for immediate prosecution.