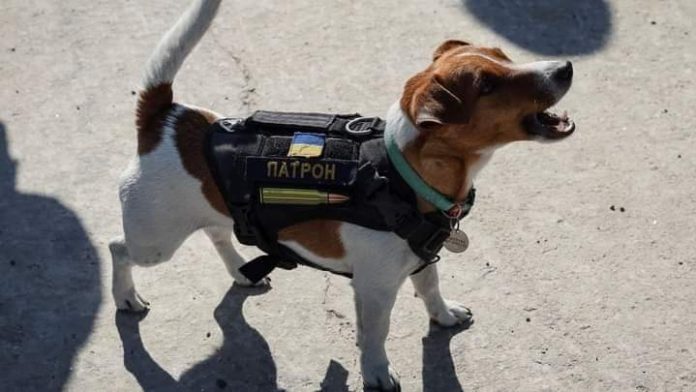 A mine-sniffing dog, Patron, has been awarded the Medal of Honour by Ukraine’s President Volodymyr Zelenskyy for his bravery.

Patron is a pint-sized Jack Russel terrier and has been recognised for detecting more than 200 explosives during Russia’s invasion of Ukraine.

Patron, whose name means cartridge, barked, scamped and wagged his tail as dignitaries presented him with the prestigious award witnessed by Canadian Prime Minister Justin Trudeau in Kyiv.