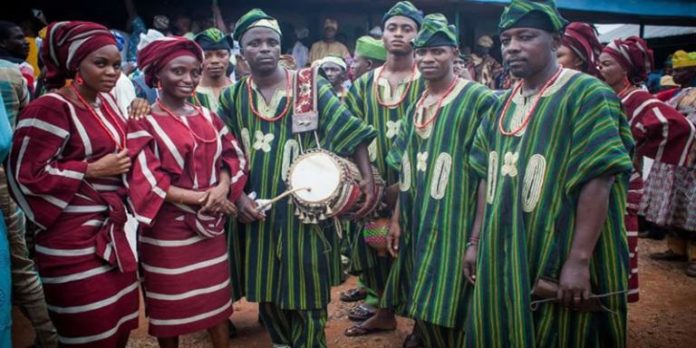 Have you been in an environment whereby the young ones, I mean the kids do interact with their parents or even their fellow kids in English language, this society, I am talking about not School or academic arena, probably their homes. What is the thought that goes within your mind?

On two different occasions, I have had opportunity to talk to some of these kids in our local parlance, but they felt irritated by the language I used in communicating with them, one said “I hate Yoruba joor”, the other said “I don’t hear Yoruba, please speak in English”, I felt betrayed by these feedbacks and of course I have to caution them not to say such again. Again, last week, one girl told me “we are not taught Yoruba in our school” and I was like in a Yorùbá speaking society? Hope all is going well with us? I am asking.

Can anyone just tell me what is behind this negligence probably I don’t know what’s happening but before that, I am of the campaign that our local language should not be allowed to die as it is gradually declining in our society, I don’t think or will believe any form of excuse to be given for this declination, nothing should be given as a reason. It is off behind it should be at all. The language, like for others is our cultural heritage and value, it should not be allowed to die like that. It should not even think of dying at all. Our nowadays parents are not doing enough to keep this our local heritage at all, yet to speak it and yet fail to communicate same to their kids, they are of the belief that they want their kids to speak good English language, and not be spoilt by the local language. What a bluff?

Of course, I am not against your kids speaking good English, but let them speak it in their respective school and let it end their, but when at home, communicate in Yoruba with them, and let them be proud of their local heritage.

As I am writing this, I am of the obligation to write it in Yoruba language, but because of my non-speakers and readers, even though I will still translate it into my local language, as much as I love this language. As for some who believe that the language should not be tolerated, and they want foreign language to take over their tongues.

Go and find out about great English speakers, even award winners in English, they are great speakers of their local language, do I need to mention names, is it Prof Wole Soyinka, Dr (Mrs) Abiodun Sophie, Dr Omojuyigbe Dele, Wale Fatade, among others.

Have you ever thought of what are the purpose of these white people in the Yoruba language department in University of Ibadan and Obafemi Awolowo University, Ile- Ife, do you think they’re there to make money or what? No, they are here to learn the great language and of course turn it to a good platform for exercising their beliefs. Late last year, the Brazil’s minister of culture, Dr Sergio Sa Leitao, announced that Yoruba will become one of their official languages and African history will be added school curriculum.

Yet, Brazil is not the only country that has Yoruba as their official language, excluding Nigeria. Outside Nigeria, you can find large yoruba-speaking communities in Togo and Benin Republic. Smaller communities can be found in Sierra Leone, Liberia and other African countries. In these countries, French is the lingua-franca but perchance you can’t speak it, Yoruba is your next best option.

Do we need to sell our heritage like we did years ago when we are yet to know what we want or when they were stolen by the colonial masters, we shouldn’t make such errors again. We need to uphold the highest form of this language.

Can’t we imbibe other tribes even in the country, especially Hausas and Igbos? We can be like them, let’s learn from them. What am I saying? I was at an event yesterday, where the Ogun Hausa Community were present and all they spoke in is their local language, they only translated it in English or Yorùbá because of we that are not speakers, but they first spoke in their language, what of Igbos, they do same whenever they are together at a fora. What of we, Yorubas, it is only in English language either at a forum or when discussing. It is very bad.

We should not be a case of not valuing what we have until we loose it. Our language tells us what we are, what we signify, what we from and what we mean.