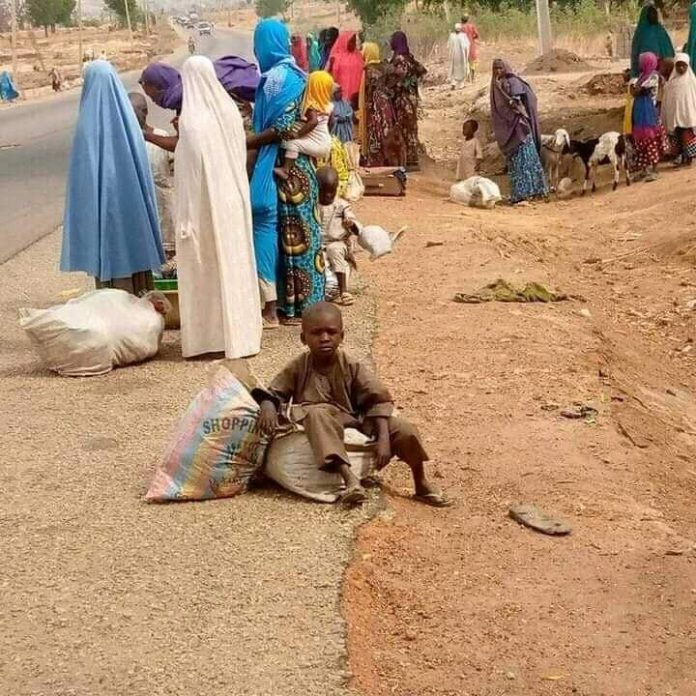 Some of the Locals were seen stranded by the roadside alongside their children, belongings and livestock

Efforts to speak to the Spokesperson of the Zamfara State Police Command Supritendant Mohammed Shehu yielded no result as he is not responding to phone calls.