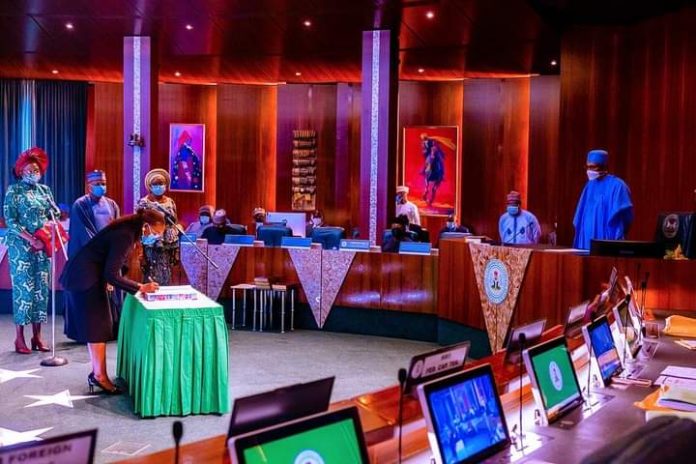 Jedy-Agba Beatrice, the Solicitor General of the Federation and Permanent Secretary, Federal Ministry of Justice

The oath of office was administered on the permanent secretaries shortly before the commencement of the Federal Executive Council (FEC)meeting.

The meeting, presided over by the president, is being attended by Vice-President Yemi Osinbajo, Secretary to the Government of the Federation, Boss Mustapha; Chief of Staff to the President, Prof. Ibrahim Gambari and National Security Adviser to the President, retired Maj.-Gen. Babagana Monguno.

Others in attendance of the meeting are, the Head of Civil Service of the Federation, Folashade Yemi-Esan and nine cabinet Ministers.

A minute’s silence was observed by the Council in honour of former member of the Council, Tonye Graham-Douglas, who passed on April 25.