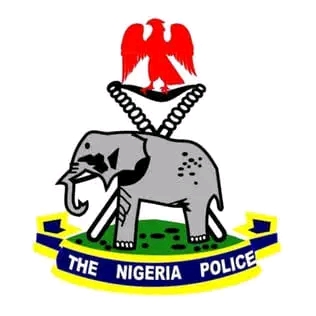 The Nigeria Police Force has strongly condemned the spate of deliberate falsehood by the Sahara Reporters, particularly recent false publication against the incumbent Inspector-General of Police (IGP) Usman Alkali Baba, and another against a respected former IGP MD Abubakar. It is equally appalling that Sahara Reporters would ignore the ethics of professional journalism, and balanced reportage, and throw all caution to the wind in a bid to enjoy the thrills of sensationalism, albeit fleeting.

This is contained in a statement released by Force PRO, CSP Muyiwa Adejobi and obtained by Tropic Reporters correspondent today.

The statement reads in parts,

Emphatically, it is instructive to note that both referred false publications border on finances which are neither controlled actively by, or under the direct purview of the Nigeria Police Force. In the first instance, salaries of Police officers, as with other public servants, are paid on the IPPIS platform from the office of the Accountant General of the Federation. The Inspector-General of Police is equally paid, like every other officer, from the same platform. Access to make deductions, if any, rests with the handlers of the platform.

It is equally pertinent to note that the 20% increment approved by the Federal Executive Council affects only allowances and not basic pay which obviously explains the ignorance and mischief by Sahara Reporters, enforced by its failure to seek knowledge of the process before embarking on a wild goose chase.

Similarly, the Sahara Reporters goofed in its attempt to smear the reputation of the past Inspector-General of Police, IGP Mohammed Dahiru Abubakar (Rtd.) by alleging that he coerced officers to part with money which was mismanaged. This allegation is a falsehood by the news platform which intent is yet unclear.

To set the record straight, in 2013, the Nigeria Police Force acquired a mortgage institution, Fokas Savings and Loans Limited (now known as Nigeria Police Mortgage Bank Limited – NPMB), to assist every policeman to get housing loans from the Federal Mortgage Bank at low interest rates.

As part of the prerequisites to re-capitalise the bank and effect its change of name as stipulated by law, the then IGP directed that the ownership of the bank be thrown open to all police personnel to buy into the shares of the bank.

Subsequently, sensitization activities were carried out and subscription forms distributed.

Deductions for the shares were made from the account of the subscribers and accrued money remitted directly to the CBN.

Shares certificates were thereafter issued and made available for pick up at the various branches of the NPMB and other designated police offices for the 151,238 Police subscribers.

The NPMB in furtherance of its mission has, in the past 9 years, given out loans to the tune of 4.1bn Naira to police personnel in support of their house ownership aspirations.

The continued aggressive and false information being spread by the management of Sahara Reporters in Nigeria, most especially against the Nigeria Police Force, has become a source of concern as their reportage clearly stems from a position of purposeful disinformation which is highly unacceptable.

The Force hereby calls on reputable media houses to entrench the importance of professional standards in reportage particularly where unverified information is concerned.