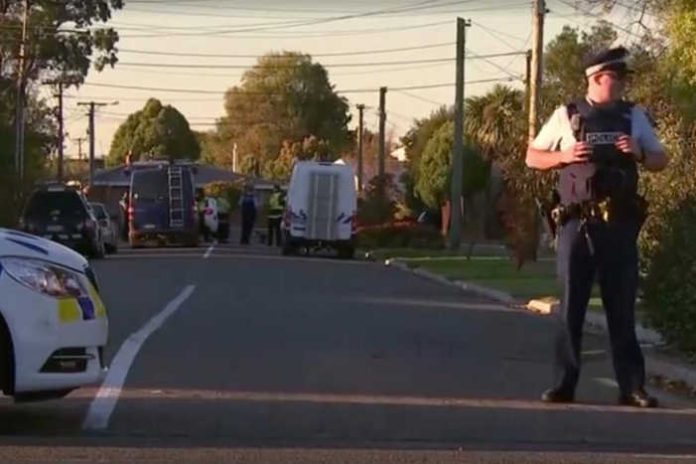 
New Zealand police have arrested a 33-year-old man after they found ammunition and a package containing a suspected explosive device at a vacant property in Christchurch.

The city is where a gunman killed 50 people at two mosques on March 15. Police said at the time that the gunman had a number of weapons as well as two improvised explosive devices in his car.

Police cordoned off streets in the Phillipstown area of the city on New Zealand’s South Island on Tuesday, with a bomb disposal team, ambulance and fire and emergency crews sent to the scene, according to a police statement.

The New Zealand Herald said police were called due to “threats about an explosive device”.

“A 33-year-old man has been arrested and is currently speaking to police in regards to the incident,” the statement said.

Houses in the neighbouring streets were evacuated as a precaution. A no-fly zone was also established, it said. Later, the police said the explosives disposal team have rendered the package safe.

One resident told the New Zealand Herald there was a “big” police presence.

“There’s an empty section which is full of police cars and police, lots of them,” she said.

“A fire engine was parked opposite but that’s all I know – there’s something going on.”

A spokesperson for the St John Ambulance service said an ambulance was on standby at the request of police but had not treated any patients.

Fifty people were killed and dozens wounded in attacks on the Al Noor and Linwood mosques during Friday prayers in Christchurch on March 15, the worst peace-time shooting in New Zealand history.

Authorities have charged Australian Brenton Tarrant, 28, with 50 counts of murder.

Dutch court rules against Shell, in favour of wives of slain...