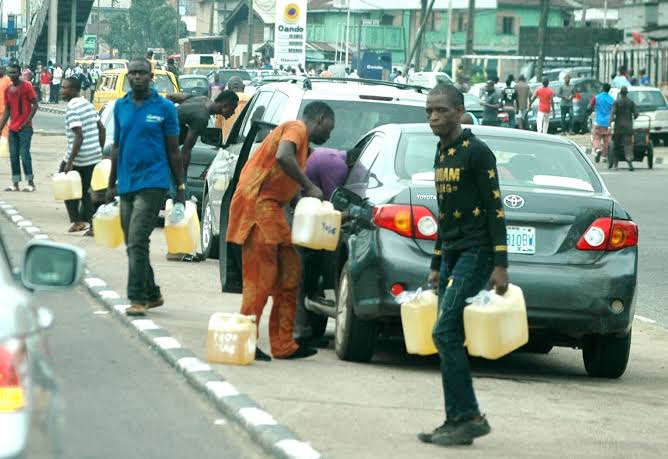 Petrol scarcity bites harder in Abeokuta, the Ogun state capital on Tuesday. Only few vehicles were plying major roads in the city, as most of the fueling stations shut their gates to motorists.

Also, few commercial motorcycles and taxi cabs were seen on the roads, as most of them were searching for petrol. Several commuters were stranded in parts of the city.

The few taxi cabs still operating jerked up fare by 50 to 70 percent on all the routes.

A handful of fueling stations sold a litre of petrol for prices ranging from N220 to N250.

Some of the fueling stations sold the product for thirty minutes or two hours and shut their gates to motorists.

The marketers blamed the acute shortage of petrol on the sharp shortfall in supply from the Nigerian National Petroleum Company (NNPCL).

For instance, marketers said there is no stock at all the NNPCL depots, while most of the private depots also have no fresh supply of the products.

In reaction to Persistent fuel scarcity across the nation, ace broadcaster and former NBC Director, Eddy Aina has advised the government to provide a solution to avoid negative reactions from the citizens, adding that whoever comes in 2023 will have to remove fuel subsidy

In the same vain, Public Analyst, Abayomi Babalola complained that the constant fuel scarcity, most especially towards the end of the year has become so embarrassing and perplexing

He reiterated that the fuel scarcity has not only melted untold hardship on the masses, but has affected everything entirely.

Meanwhile, some residents of Abeokuta Metropolis also lamented that the current scarcity has crippled commercial activities as many could not afford the high cost of the petroleum products.

2023: Nigeria Deserves A Leader With Success In Previous Assignments –...