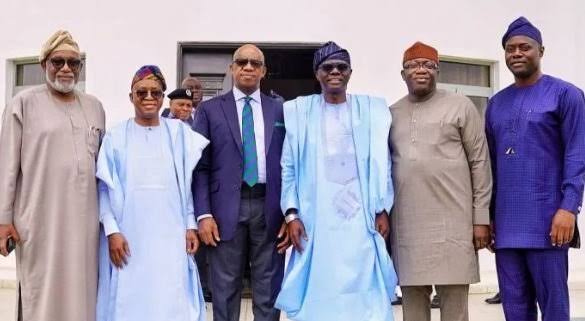 The need for effective collaboration between the Amotekun Corps which was recently inaugurated by the Governors of the South West states and the Nigeria police force has been highlighted.

This was disclosed by Alhaji Ibrahim Olaniyan, the Vice President, Southwest of the Police Community Relations Committee (PCRC) during a current affairs program, Oju Abe on Splash FM, Abeokuta.

Alhaji Olaniyan disclosed that the protection of the citizenry and the community cannot be totally left to the Police as they cannot cover the whole state and region and the creation of the Amotekun Corps would go a long way to assist in gathering and collation of intelligence and surveillance to help in effective policing.

He said that it was not possible for the security outfits in the country to know the nooks and crannies of the states or regions as much as the indigenes of such areas, hence the need for collaboration between the two entities.

Alhaji Olaniyan reiterated that before any program that involves security in the country comes into effect, it must pass through the Police hierarchy and amotekun is not left out of it.

He noted that despite the hiccups being faced by the Corps, good results have already been recorded within the Region especially in Osun State where their presence is really felt.

Alhaji Olaniyan therefore called on the Governors of the remaining states to support the efforts of the Osun state Governor by setting up the Amotekun Corps in order to make the region safe and free from the incessant kidnapping and fight between herdsmen and farmers within the region.