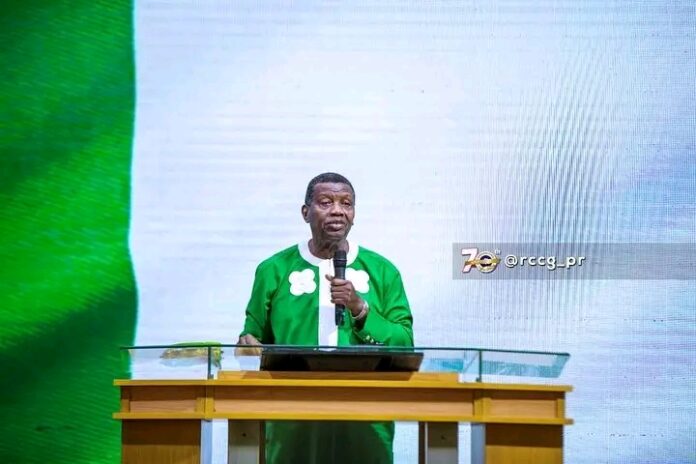 Pastor Enoch Adeboye, the General Overseer of the Redeemed Christian Church of God, has bemoaned the rising cost of bread, airline tickets, and the seventh national grid failure in recent months.

He stated that Aso Rock, Nigeria’s capital, would not be affected by the country’s economic problems despite the fact that there would always be bread and electricity available there.

Adeboye revealed this on Sunday during the congregation’s regular thanksgiving ceremony, which also celebrated Nigeria’s 62nd anniversary of independence and was watched by our correspondent.

According to clergyman, the situation of the country could be solved only by intercession and not by condemnation as currently done by many.

The General Overseer said, “Pray for the rulers, we have spent so much time criticising them. You should pray for them. I’m praying for them, I pray you will join me to pray.

He bemoaned the price of airline tickets, adding that traveling had become astronomically expensive.

The Overseer added that he was told that the ticket from Lagos to Abuja had become about N250,000, saying that “It used to be about N60,000. I asked what happened and they told me.”